The baby and the BB gun

An Ohio dad was arrested after police said he posted a photo on Facebook of himself holding his baby daughter and a BB gun, Fox 19 reported.

I wonder what possible law he might have broken!


Oh, right.  He was holding a BB gun.  That explains it all, Homer. (No word on whether the BB gun was loaded.  Or whether it had a pistol grip, muzzle-brake, or a magazine capable of holding more than ten rounds.)

THIS is what happens when people get so involved with their own private socio-political views that they lose track of reality.  We don't have the photo to evaluate the situation (strike one); and we don't know if the BB gun was loaded (strike two); and we don't know anything about the daddy (strike 3);  but we do have the "fact" that someone saw the photo of FACEBOOK (for goodness sake ... what could be more definitive?) so we know that .... someone in a Law Enforcement Agency in Ohio saw the picture and  reacted.

Here's a photo from Google: 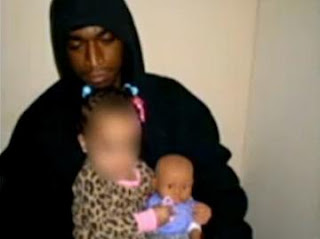 how about .. well, where IS the Evil BB Gun pointed?

Oh, HERE is a wider picture: 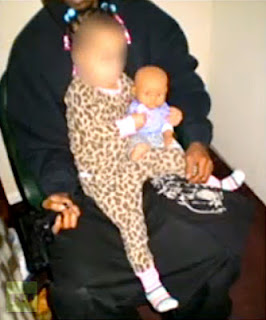 Oh my, he's holding his Evil BB Gun along his thigh, finger off the trigger, pointed at ... nothing at all.  (Well, maybe the photographer, but he kinda got himself into the situation, didn't  he?)

This is just MY personal take, but I'm thinking that the morons are among whomever is part of the District Attorney's office in Ohio who directed the police to arrest this guy because .......

whew!   I have NO idea why they busted this guy.

He's holding a gun, wearing a Black Hoodie.  And he is also (gasp!) a BLACK MAN!

Well, of COURSE they arrested him!  He's a Black Man, and wearing a Black Hoodie.  He's obviously guilty on prima facea evidence of "Holding A Baby And A BB Gun While Black".

No, wait.  That's not quite it

The problem is, he's holding a BB GUN.

The fact that there's a baby in his lap is just an excuse; he's a "Cause Celebre", if you will.

I'm not even sure that BB gun is protected by the Second Amendment; it's not usually considered a "deadly weapon".  (Well, legally, perhaps it is .. conceivably.).  But even if it isn't .. he is still WRONG!


The Second Amendment Is The New Black.