"Hello Muddah, hello Faddah
Here I am in Camp Grenada.

It is very ... entertaining,
And they say we'll have some fun if it stops raining."

Do you remember that 1963 novely song by Alan Sherman?

If you do, or if you've just listened to it, you have an idea about how my trip to see my grandchildren has been working for me so far.

Here's the problem;  I live in Oregon (mid-Willamette valley, milepost 228 on the Interstate 5) and my kids live in San Diego (milepost 0 from the Mexican Border).  I've got two kids, and between them they have SEVEN children.   They don't come to visit me in Oregon very often, and I can only handle one trip a year because ... face it! ... I won't fly with the current regulations, and it's a drive of about a thousand miles.

Who knows how many?  Maybe only 900 miles between us, maybe 1100.  Perhaps I should keep track of my mileage this year, so I could REPORT it accurately; but I think if I spend too much time focusing on how far away they live, I may talk myself out of the next trip.  So I'm saying 900, if only because it's doable.

In previous years, I've made the trip in three days.  The last day is always a killer.   I cannot help but thing that The City of The Angels is right  next door to Saint Diego; but in truth, just getting through the LA Freeways is a grueling experience for a guy how has lived in a small college town for the past 20 years.

And of course, the time of the year is important.

Right on the California/Oregon border, there's a mountain range where any trip attempted September through March offers the possibility of fog at least, snow/sleet/ice at best on what can only be described as "a treacherously curvacious freeway".

It looks straight-up and straight-down, except that the Interstate 5 freeway appears to have followed the path of a notoriously lazy cow, always searching for a road grade which tries (but often fails) to conform to the standard of a 6% grade.

There is no chance at all that I would choose to make this trip during the winter; I have, often enough, when my kids lived in the San Francisco Bay area.  I could make that trip in two days.

Once I rode a motorcycle from Oregon to the Bay Area, with a passenger.  When we got to the bay area, I dropped the bike in a super-market parking lot, at night, when we got to Oakley (where the kids' mom, my ex-wife, lived).  My passenger ... my second wife .. ended up in a hospital being treated for possible spinal injuries.  Thankfully, she was only suffering from bruises, but the experience demonstrated how fatiguing it can be to drive too far in too short a time.  I don't want to dump my car because I'm suffering from driver fatigue, so I'm leaving a week early and also taking another week to come home.

The point is, I'm going to admit that my stamina has decreased, and there's no reason why I should push myself so hard that I will be to tired to enjoy my grandchildren when I get there.   I'm looking for under 300 miles a day, and a good night's sleep between every leg.

Unfortunately, this means that I will be unable to commit to my regularly scheduled "Introduction to USPSA" class, which should take place on the first Saturday of the month;  July 7.   I may or may not be back home by then, but I won't make any promises.

Mac has volunteered to take the class for July, and I'm volunteering to let him do it.  He's a good instructor, even though he's still going through "The Cancer Thing" ... chemo-therapy undermines one's stamina, but he feels he's able to handle it.   We've got one student signed up for the class so far,  and frankly I'm hoping that (a) the class won't be so large that it's a challenge to the instructor, and (b) local competitors will volunteer to support Mac during the class, so HE won't  be tempted to exert himself physically more than his current condition allows.

Me?  I'm retired, but I still allow myself one vacation a year.  I'm going to see my kids and my kids' kids whatever it takes. 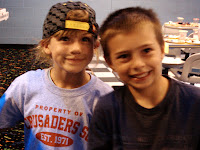 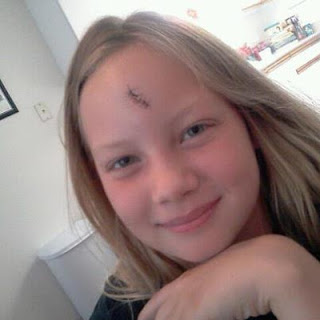