We're Running Out of Anti-Heroes!

The Wild Bunch (1969) was arguably Sam Peckinpah's greatest tribute to cinema violence.  Essentially, almost every major character died in the bloody shoot-out that ended the movie.

In real life, many of the main actors have also passed away during the past 42 years. 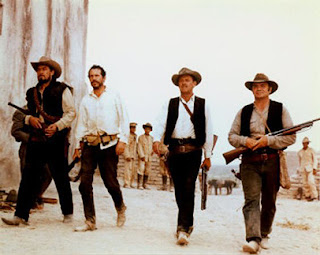 This week, the last of the four key characters died.  In the iconic photo, right to left:

Ernest Borgnine, who played Dutch Engstrom, died this week at the age of 95 of kidney failure

As for the three "other" Wild Bunch characters who survived to the final shoot-out:?
The "Anti-Anti-Heroes" in the pursuing posse did little better in the Survival Lottery.

Even the Anti-Anti Villains have reached their "Best Used By Date":
But there were SIX members of The Wild Bunch who survived the original bank robbery:
The other two?
Strange, that the actor who played 'first to die' in the movie is almost the last to die in Real Life. 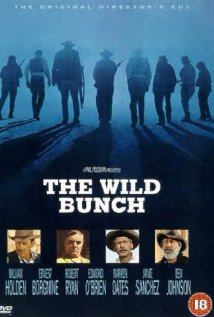