We hope you'll try to set aside your most fervent emotions about guns in America and join us in considering the issue dispassionately, with the goal of finding answers that protect both our freedom and our public safety.

Arizona Daily Star
The Second Amendment to the U.S. Constitution "A well regulated militia being necessary to the security of a free State, the right of the People to keep and bear arms shall not be infringed." (Ratified 1791)

[sigh]
Once again, Kevin Baker of "The Smallest Minority" has posted a 2-RKBA topic which is rife ... RIFE, I say! .. with meaty juices of Second Amendment Controversy.

The ADS (Arizona Daily Star ... derogatorily referred to in the comments as "The Red Star") has introduced a 'series of articles' designed to 'explore' the intricacies of the Second Amendment.

Curiously. the subjects selected by ADS seem focused on two issues: the ability of "crazy people' to buy guns (and ammunition, and magazines); and the types of guns and magazines 'anybody' can legally purchase. It kind of sounds like the same thing, doesn't it? And when you read the opinion piece, they sort of sound ... against ... the Second Amendment, don't they?

Although the exemplars in the article focus on mass-murder by gun and are related by a single focus -- arguably crazy people who shoot a lot of innocents --- and although the NCIS system already uses the force of existing law to weed out firearms purchases by 'arguably crazy people who are likely to shoot a lot of innocents', the ADS jumps right into the issues with both feet.
As long, that is, as the "issues" include 'high-capacity magazines' and guns that have 'no legitimate use' or purpose other than to kill a lot of innocent people, really quickly.

The introductory article pays lip-service to the Right to Keep and Bear Arms, but immediately undermines its presumed objectivity by defining the questions it has decided to 'explore'.

As Baker suggests, read the comments. It's very clear that the folks who actually have to LIVE in Arizona (what was the name of the DOONSBURY character who was always working on his tan .. Zonker Harris? Who else would choose to reside in the Grand Canyon State?) don't always agree with it's editorial bias. And of course, 95% of the time the comments are meatiest part of any internet newspaper article. (The exception is Florida, where the commenters are the looniest people who can type, in the whole world. Arizona and Florida should trade nicknames; Arizona should be "The Sunshine State", and Florida should be either "The Loony State", or "The Where Old People Go To Die State". But I digress.)

Personally, I have always enjoyed reading the ADS; the articles are generally well-crafted, and it usually selects an interesting mix of subject matter for both local and national audiences.

Until this opinion article appeared, and it undermined my previous high opinion of the rag.

On the other hand, I note that there are a number of entertainers whose performances I have always enjoyed, in their chosen milieu; but I deplore and detest their political views. I wish they would just, as the saying goes, "Shut Up And Sing".

A small sampling of these ignorant but gifted entertainers:
Oh well, another digression. Deal with it.
The fact remains, the ADS is just another 'entity' which I enjoy; but they should really, really avoid offering their opinions in public.

It's unseemly.
And stupid. 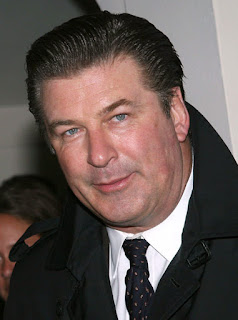 Global Warming Deniers -- be warned!
Resistance is Futile! You Will be Assimilated!
Email received this afternoon from "Evil Bill", Match Director at the planned USPSA match 2/26/2011 at Dundee:

As of this afternoon there was snow cover in all the bays at Dundee. Saturday morning's low temperature is forecast at 15 degrees, with a wind chill of near zero. Slick bays, slick roads, bitter cold, and no placeat Dundee to get out of the cold---I'm going to cancel the match for reasons of safety.

I think this is a good idea, considering the steep hills which surround the Dundee range and the forecasts for snow (and possibly icy roads due to daytime warming).

Through the years I've proudly announced to people who ask "do you shoot in the rain?" that in all my years of competition, I've only seen ONE match canceled because of the weather; that was when the road was icy and the Stats Mistress at TCGC couldn't get up the hill to the range because it was too slippery".

Actually, Mike McCarter 'called' a match a couple of years ago at ARPC, because of the danger of ice on the freeway. That makes two.

This year we have had two cancellations due to unsafe road conditions.

Hmmm ... that "Global Warming" thingie isn't working too good for us.

I don't recommend this as a legitimate "Government Cost Calculator". For one thing it makes the assumption that your future income (and tax rate) will be "similar" to your current income. As I'm retiring in TWO months, that is plainly not so.

What it DOES do, is break your tax burden down into various categories: military, transportation, medicare/medicaid, etc. If they have been honest in their algorithm ... note that there's no reason to expect that they ARE honest, but let us give them the benefit of the doubt ... it may serve to provide some insight on what proportion of your taxes go to which program(s).

The Tax Man Cometh: Getting Old is Hard To Do

I've been using that software for about 4-5 years now, and if you think you should try it then you should know that the Federal Tax Return is "FREE", and the state tax return costs you about $30.

Except, the Federal Tax Return can cost you an extra $30, if you accept the "deluxe" version. But that is not intuitive, the way it's presented, nor is the difference between the "FREE" version and the deluxe version.

I have a very simple tax situation: I don't owe anyone, they don't owe me. I don't own a house, or have deductions of ANY kind (except Standard Deduction). No dependents, property deductions, charitable deductions or medical deductions to speak of (certainly none to the degree which would be worth the effort to claim, summarize or document). If I were doing my tax returns manually, I would be using the 1040EZ form. Instead, Turbo-Tax put me on the 1040A form, and it was more of a nuisance because I had to complete a lot of form pages which necessitated saying "NO" or "Not Applicable" on every item.

I can't complain (although I will); I was tired when I started filling out the forms and responding to the questions, so I accepted the "DELUXE" version of the form, when I really should not have.

I like Turbo-Tax, except that they throw in complexities which the novice or the unwary (such as me) can easily trip over, and cost more money than they are worth.

If you decide to download and use Turbo-Tax, you should be careful that you understand what the alternatives mean to your particular tax situation. If I had any of the deductions listed on form 1040A, I would probably have saved myself money.

As it is, it cost more than I had expected. I can't blame anyone but myself, because by the time I realized I was obliged to pay them an extra $30 for the Deluxe version, I was so tired of the exercise that I thought ... "just pay the money, and get it over with".

Yes, I got a return, in both Federal and .. a surprise to me ... State taxes. This is not due to clever manipulation of the tax laws. It's due to the fact that I worked about 10 months of the year, rather than 12 months. Between my absences from work due to illness, stress, need to tend to SWMBO and not showing up at work at ALL during the month of December (after SWMBO died on 11/28), I not only maxed out my sick leave, my vacation leave, and my personal time ... I had at least 60 days of unpaid leave.

No, that's nobody's fault than my own. I could have worked, in a manner of speaking. But it was my choice not to work.

Ultimately, when I get more than a couple of hundred buck back on my Federal and State income tax combined, it's a sign that I would have more money in the bank at the end of the year if I had been able to work as many hours as I should have.

That hasn't happened for the past couple of years.

There is a tendency to view returned taxes as "found money", or a "windfall", but that's not a legitimate evaluation.

What I like is the years when I make much more money than I did the last year. Paying taxes is a pain, but knowing that I made so much money is, although difficult when April 15 comes around, kind of a milestone. It's good to make more money than you expected. It's bad when you make less, because when you compare the two situations, you end up with less money in the bank.

Some of the return (about 25%) is due to the fact that I turned 65 last year. Monetarily, that's a benefit.

But practically speaking, it means more illness and less work time; the time I spent out of the office, compared to the time when I could have been compensated (by "Sick Leave" and "Vacation Leave" combined) ... the deduction level is not equivalent to the salary that I lost.

Just saying ... getting old is even worse monetarily than the added aches and pains.

Look forward to my "Tax Man Cometh" article next year, when I pay taxes on Social Security AND the part-time job I'm going to have to find, to make ends meet.

NOTE:
I announced to my co-workers last week that I was retiring. They all send me replies of congratulations, as if I was likely to enter into an era of comfort and no-cares.

Very nice of them, but I would rather have worked another four years. My pension may not have been a lot bigger, but the Social Security dividend would have been worth another thousand dollars a month.