Don't you just love a government that doesn't do anything FOR you, but they go out of their way to undermine your efforts to do for yourself?
Posted by Jerry The Geek at 5/16/2015 10:26:00 PM 2 comments:

We're from the Government, and we'll be your Crash-Test Dummies for today


A report by the Department of Homeland Security's Inspector General has concluded that two senior Secret Service agents were "more likely than not" impaired by alcohol when they drove an official car through a secure area outside the White House this past March.

No field sobriety tests were given that night and both men were allowed to drive their government vehicles home from the White House.

Sounds like poor judgement is the standard in the White House.

Email ThisBlogThis!Share to TwitterShare to FacebookShare to Pinterest
Labels: Government, Holding Out For A Hero

Oh, poop! This SO sucks!

Email ThisBlogThis!Share to TwitterShare to FacebookShare to Pinterest
Labels: Good To Know


Stan Freberg, whose freewheeling comic career in advertising garnered him worldwide acclaim and whose satirical entertainments abounded on TV, the radio and on records, has died. He was 88.

Stan Freberg did more with words and your imagination than the movies and television ever did; he kept the spirit of radio alive even after my parents bought their first television (a Packard Bell in Danish Blond ... to compliment Mom's Orange Deep-Shag Carpet and Mint Green Sectional, I Kid You Not!)

Mister Freberg lives on in You Tube.  Here are two of my favorite skits:

THIS is "The Luckiest Man Alive" 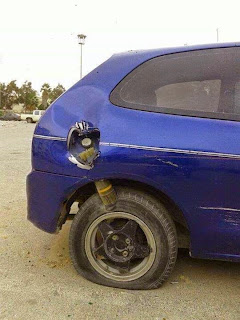 Irons in the Fire:

Life is tough.  When the going gets tough, the tough get going.
Everyone else finds someone to sue.


A Pennsylvania university nursing student is suing the school after failing a required course twice, saying anxiety and depression made it difficult for her to concentrate. Jennifer Burbella claims her Misericordia University professor did not do enough to help her pass a class on adult health patterns.

Who would want a whiner for a nurse?

Family who mourned for 6 days after told daughter died not allowed to sue | Fox News Latino:


For six days, the family of 19-year-old April Guerra mourned her death because they thought she was killed in a car wreck. It turns out, she wasn't. Arizona's highest court said Friday the family cannot sue the state for negligence after officers mistakenly told them Guerra died in a 2010 rollover crash west of Phoenix. The officers confused Guerra's identity with that of a close friend who was killed in the Interstate 10 wreck.

That woman's parents stood vigil at a hospital with a paralyzed and badly bruised Guerra, thinking she was their daughter.

So the response of the Guerra family is not to thank God that their daughter is alive, but to sue the police for making a mistake.

"We're from the Government, and we're here to help."

It could have been worse.  They could have ignored their prisonor's worsening physical condition until he almost died.

You know that weird guy across the street? He's a Terrorist!


Six in 10 voters think it is likely terrorists are living in their hometown (60 percent). That’s up from 48 percent who felt that way in 2007, the last time the question was asked, and back to about what it was nine months after the 9/11 terrorist attacks. In June 2002, 58 percent thought terrorists were in their community.

How can you identify a terrorist?  Well, if he points a gun at you, or his garage blows up because the bomb he was building had a slight design flaw, that's one clue..

They don't need to be wearing towels or fencing masks across their faces over the all-black floor length robes.  Remember Timothy McVeight?  He blew up this government building in Oklahoma a while back?  He looked normal.  Sort of.

(Actually, he looked a lot like my cousin Charley.  I don't talk to Charley much.  After today ... probably not at all.)

Living in America today is much like being Howard Keel in "The Day of the Triffids" .. except that Howard had a simpler way to identify the 'bad guys plants'; if they were six feet tall, looked vaguely like sunflowers, and could kill you for reasons and in ways you didn't understand, they were triffids.

Come to think of it, Terrorists are not unlike Triffids.

Hmm ... I may need to rethink my original thesis.

Here's a primer, in case you need it.

(1).   There is nothing new in this tactic.  Democrats have been using this approach for decades.
(2). Case in point:  Danial Patrick Moynihan proposed a 1000% tax on ammunition sales, in 1993.
(3).   Calfornia is attempting the same underhanded political tactics (too many references to cite ... you know what their tactics have been for the past several decades) and for the same reasons: the Libs think they are right and we are wrong, and they are determined to prevail because they are F*cking SENATORS, and we're NOBODY!

Why do these Libtards keep trying to undermine the second amendment?  Lots of reasons:

Hoo-Raw The Witch Is Dead! (not quite)


You may have heard that the Patriot Act is set to expire soon. That’s not quite the case. The Patriot Act was a large bill, as were the reauthorizations that followed in 2005 and 2006. Not all of it sunsets. But three provisions do expire on June 1st: Section 215, the "Lone Wolf provision," and the "roving wiretap" provision.

All of these sections are concerning, but Section 215 takes the cake. It’s the authority that the NSA, with the FBI’s help, has interpreted to allow the U.S. government to vacuum up the call records of millions of innocent people.


The article includes information about how you can contact your representative to state your case for or against the NSA legally monitoring ALL of your (supposedly) private electronic communications.

“It is difficult to free fools from the chains they revere.”

My friend Gary the T-Man subscribes to John Farnham's DTI QUIPS, which is a newsletter version of his website daily posts.

Mr. Farnham's writings are confrontational and very opinionated.   Not like mine, at all.  But I appreciate his thoughtful insights, as he challenges us to revisit our private opinions.

This is one of Farnham's recent articles.  If you found it thought provoking, you can go to his website to read more

This article is available here.

Big Brother IS watching you! (And don't you forget it)


A Central California woman claims she was fired after uninstalling an app that her employer required her to run constantly on her company issued iPhone—an app that tracked her every move 24 hours a day, seven days a week. Plaintiff Myrna Arias, a former Bakersfield sales executive for money transfer service Intermex, claims in a state court lawsuit that her boss, John Stubits, fired her shortly after she uninstalled the job-management Xora app that she and her colleagues were required to use.


Coming soon to a workplace near you.  Click the link above for a demonstration video of the XORA system.   It's awesome, it's so 1984, it's so not-you!

Your friend is down and bleeding, freaking out, and fading fast. What DO you do?

And it pissed me off.

"Doc" * galloped through a now-known mine field to save Chief (Point Man) and Moshe (Pace man, right behind Chief) and while Chief's injuries were relatively minor, Moshe's injuries were a pointed blow to the heart.  Moshe had caught grenade shrapnel in the heart, and it was probably only a matter of seconds before he died.  But while Doc tried to insert an airway ("Esophageal?  "Tracheal"?  I forget the nomenclature) Moshe was too freaked out to do anything but grit his teeth .. which rendered all of Doc's efforts ... what's the word for "useless"?

Cocktails will kill you

Just three years ago, Romario Dos Santos Alves, 25, was your average bodybuilder in Goiania, Brazil. Going to the gym, he noticed some of the guys building a lot muscle at a fast rate and he befriended them to get some tips.

Now, doctors still aren't sure they won't have to cut his arms off to save his life.

Fortunately, I'm in no danger of finding myself in the same situation.

We also don’t think loading only 28 rounds buys you anything. The difference in pressure is nominal. This goes back at least as far as Vietnam and was a ritual practiced by troops (although, there it was putting 18 rounds in a 20-round magazine) who were neither trained on the rifle nor given a supply of replacement magazines. It was something they did to appease the M16 Gods

In response to this off-hand statement (in reference to an entirely different magazine-reliability issue), I note that in September, 1969, when I was assigned as a brand new Platoon Sgt (as an E6 Staff Sgt ... a full grade below TO&E standards), Infantry troops were carefully drilled in loading only 18 rounds in a replacement magazine, because a fully loaded (20 rounds) magazine was too difficult to quickly and reliably seat into the M16 A1 or A2 during a combat situation.  It usually wouldn't seat without the soldier being distracted from the primary mission at hand ... not getting shot!

Oh, and the much-vaunted 30-round magazine?  We never saw them, either.  We were just happy to get the 20-round magazines; we knew THEY worked (as long as you didn't expect them to hold 20 rounds.)

I will also note that even after spending a year in training I never received complete training on care and maintenance of the M16 A1 or A2 in the field.  We just did the best we could, which was not much since we were never issued cleaning materials.
(See the video here for information which we were never given.)