And they say that gun owners are "intractable"!


This year’s measure to limit access to firearms for people under protective orders, Initiative 1491, is modeled on legislation that has passed in states like California, Connecticut and Indiana. If it is successful, it too will be exported to other states.

Protective Orders have their own special place in hell for a male partner who has been targetted by his female partner.

When a partnership disintegrates, accusations run wild and courts have neither the resources nor the inclination to investigate the claims and counterclaims.  If a woman states that she fears for her physical safety, courts will first look for records of police visitations to the home, searching for evidence of abuse.  However, if those events are not evident, the court will still almost invariably accept the woman's statement as sufficient to issue a Protective Order.

Usually, the conditions of that order include that the male partner must vacate the family home, maintain a physical distance from the spouse (and often the children, depending on what arrangements Family Services can establish), and continue to provide maintenance.

This is proper; a relationship which has been established with the expectation that the man will provide sustenance and the woman will care for home and children is a common arrangement, and should not be broken merely because the partners are engaged in a contretemps ... one hopes that they are jointly seeking third-party counselling.

However, in any disagreement between the 'stories' told by both parties in those counselling sessions, the story told by the supposed 'abused' female partner will always be believed.

Unfortunately, minor squables become court actions, and a female partner who feels vindictive can rely on the courts to impose crippling conditions on the ousted male partner.

When the condition of separation changes to include unilateral imposition on the partner's Second Amendment Rights (perhaps to the point where his personal firearms must be surrendered, or his legal ability to purchase a firearm is infringed), then a court hearing should be a part of the process.   It should not be sufficient that in a "She Said/He Said" disputation, the female partner's testimony should automatically be held to be true.

Although the Constition should be considered (and it rarely becomes in issue in lower courts), the possibility that one partner is vindictively painting her former partner in the worst possible light should be examined carefully.   Courts generally take the Second Amendment seriously .. except for when they do not.

When a domestic ruling against a partner (former partner) includes the suggestion that his constititional rights be infringed, that is NOT an issue which should be handled in a lower court.


Stephanie Ervin, who is running the pro-1491 campaign, said she expected a similar measure to appear on the ballot in Oregon. “It feels like we’re at a real tipping point, and folks are really engaging in the dialogue around gun responsibility issues,” Ervin said.

Well, yes, it's a true Tipping Point, and one which should be approached carefully, with respect to the rights of both parties in even (relatively minor) domestic disputes.

It's not easy for Domestic Partners to testify against each other.  Except for when it is.

And it is very easy, when grudges have been allowed to fester in a relationship, and one (or both) partners have decided that "All Is Fair In Love And War!" for a partner to decide to "stick it to" the other partner.  This is no longer a matter of a fair distribution of wealth, and privacy, and support;  it may become a matter of much greater significanse.

Before a lower-court judge allows a judgement against a domestic partner which violates his or her Constitutional rights, it should be moved to a higher court.

The arbirary ruling which deprives a domestic partner of his or her rights should not be decided in family court.


Gun rights advocates, too, believe they are seeing the opening moves in a prolonged campaign by gun control backers. They say the proposals for expanded background checks are unenforceable and represent a slippery slope toward something more sinister, like gun registration. “This is the camel getting its nose under the tent. Before you know it, you’ve got a whole camel in your tent,” said Maine state Sen. Eric Brakey (R), one of the leading opponents of the ballot measure in his state.

Expect a strong surge of support for this kind of ruling by Domestic Courts; one which takes away a constitutional right for domestic suits, without strong support by unbiased testimony.

This is not an issue which rightfully should be decided there.  It should be an issue worthy of advancing to a higher court, on at least a state level.

Yes, that would would overload the courts with a case-load of issues which the judges would consider 'minor'.

But the infringement of a Consititional right must never be considered to be a 'minor issue'.

Perhaps, by requiring a Higher Court to become involved in this kind of suit, it would have the effect (eventually) of stilling vindictive terms of separation by Lower courts.

If it need be said, these are NOT 'my' videos; I cannot shoot to this level of expertise, but I admire the experiences of those who can.  It's fortunate that 'Gunbot' posts these match videos for the rest of us to enjoy.


Custer’s range is one of the best run with very interesting bays which allows them to design fun and challenging stages. This month’s match had lots of low ports which makes it hard for aging knees to deal with, at least the bays had soft sand. I felt slow in some stages because I was waiting for a perfect sight picture instead of shooting early, calling my shots and correcting them if needed.

I competed at the Area 1 match at this range in 2001 ("The Space Oddity" match) and the range had not been anything like as well developed, nor as sophisticated in range design, as we see today.

You have got to watch this exciting run!
It's not on YouTube ... so please go to the underlined link above to see the embedded video.

Obama: Trying On A New Hat

The President has found himself in a quagmire, so he's pulling himself out by someone else's bootstraps.

Mine ... and yours, if you are a Second Amendment Advocate.


(CNSNews.com) - "In terms of the threat that ISIL poses to the homeland, I think it is serious," President Obama told a news conference on Thursday. "We take it seriously." The president pointed to a New York Times report on ISIS' radicalization efforts to suggest that U.S. gun laws may encourage lone-wolf attacks here.

You can't blame him for the stunning turnaround by the group of desert hobos which he initially described as the "Junior Varsity".   He figures the events have embarassed himself, so he's 'reconstructing the dialogue'.

He has found a way to use pirated dialogue to blame anyone but him:


"But the fact that we have what he referred to as 'open gun laws' meant that anybody, as long as they didn't have a criminal record that could bar them from purchase, could go in and buy weapons. That has made the sort of homegrown extremists' strategy more attractive to them. And those are the hardest to stop because by definition, if somebody doesn't have a record, if it's not triggering something, it means that anticipating their actions becomes that much more difficult.

Translation: (and I'm extrapolating here; he didn't really say any of this, but this is the impression I got from the statement) ---


If those Crackers didn't cling so firmly to their guns and their God, we would by God put some teeth into Gun Control and nobody could own a gun unless we say they could!

So it's not his fault (he is perfect) and it's not the fault of ISIS because they found a crack in our ass; it's the fault of American Gun Owners who insist that the Second Amendment is a Constitutional Right ... which is flawed logic.

If he had his way, nobody would own a gun unless he said we could ... and we would either be a policeman, or a soldier!

His recovery reminds me of one of my favorite comic strips, "Rick O'Shay".   In one episode, Rick goes looking for a new hat because his old one is worn out.  He buys a hat, looks at it and it just looks ... wrong.   So he jumps on his new hat until it looks the way he thinks a hat SHOULD look! 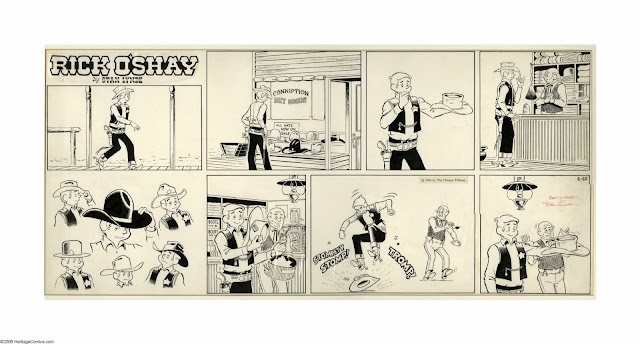 I am probably lacking in the moral correctness which suggests that I should give up my individual constitutional rights for the good of the many, but I have always believed that the rights of the individual are more important than the rights of the group.  People who are much smarter than I am refer to this as "Individual vs Collective Rights".

Being (as I am) a "Cracker", and a stubborn one at that, I'm probably not going to change my opinion just because My President thinks I should.

My President can change his hats as frequently as he talks to another diplomat, and beat it onto whatever shape  best suits him.

For me, my Old Hat works just fine.  I'm not an intellectual, and I didn't grow up in Chicago, so there is probably something that I don't understand about The New America.

The one thing that I do understand is, I have kind of got use to The Old America, and I've learned to love it.

I don't want some Obama-come-lately to be "re-imaging" my country.   My "old hat" may be tawdry in the eyes of a Comsmopolitan, but it fits me just fine.

Oh, and if another "Reshaper Of America" should enter office next year? 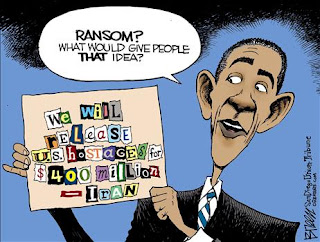 Never mind.
I guess I was wrong about you,
all this time.

Yes, he was a terrorist, and yes, he was acting under the aegis of a religious motivation.


A Norwegian man was being held in custody on Thursday on suspicion of murdering an American woman in a “random” stabbing rampage in central London. Investigators say the 19-year-old suspect, who is of Somali origin and moved to the UK aged five, is mentally ill and has no known links to terror groups or radicalisation.

Forgive me if I seem unconvinced, but a "norwegian man ... of somali origin" who "randomly" stabs a number of people in a neighborhood which was historically related to "al-Qaeda inspired attacks that killed 52 people and injured 700" doesn't sound as some kind of a Mental Illness. *
(See "Tavistock Square and Russell Square", below, for historical perspective)

I don't care if he has been described as a "norwegian man"; that's not the important part.
The important part is that he was "... of Somali origin".  Which means he was a muslim, and came from an area which has been suffering violent religious conflict for decades.

You don't need to scream "Allahu Akbar" to make it clear that your motivation is to kill "unbelievers" as a strike for world domination of your religion.   The point is intimidation of the populus, and encouraging the cowering of a free people (or what had once been 'a free people').