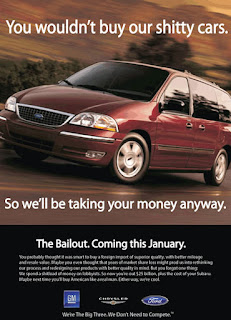 Hat Tip to AJ, who always manages to find the perfect way to express the way we all feel.

SWMBO had a "CT SCAN" (I have no better idea than you do about what this is, but I suspect it's a soft-tissue scan of the body) early this week. Yesterday she phoned to say that she had received the results of the test.

Essentially, they told here that they saw much improvement in all four lobes of the lungs, and that they considered these results to indicate, essentially, that "You're Getting Better!"

Perhaps she'll chose to give the technical details, but it's nothing I'm likely to understand. Uncharacteristically, I'm satisfied with "You're Getting Better". Sometimes the short story is the best.

She's getting better. She also looks and sounds better. She has more energy, her face has lost that pallid look. She has her color back, and there's a bit of the old sparkle in her eyes. She doesn't fall asleep on the couch so readily and she has control of her balance when she walked to her 9th weekly Infusion today.

She feels so much better that she is planning to drive to her sister's house (15 miles away) to 'supervise' the Christmas decorations, while I'm suffering in the rain at the monthly ARPC match with The Beloved Kimber (the sights of which I cannot see, and for which I have insufficient ammunition loaded to shoot the match.)

She called tonight to find out what time I expect to come by Saturday afternoon. I told her that it was going to be a miserably rainy and cold day at the match, and we probably wouldn't get out of there by two pm. Then I have to go home and take care of the gear, shower and change to dry clothes, and I have some shopping to do. If she wants to go visit her sister, she should do so without concern about my schedule.

It has been weeks since she felt like leaving her house, and I thank God for granting her the health and energy to make this trip on her own.

As for you, our readers, I want to thank you for your prayers for her recovery, and for your good wishes and support which you have shown both of us.

In true Churchillian fashion, I have to admit that "Now this is not the end. It is not even the beginning of the end. But it is, perhaps, the end of the beginning."

We have a long way to go until SWMBO becomes a true Cancer Survivor. But with this good news, we are encouraged we have (she has) sought out the best medical advice and treatment available, and that this radical chemotherapy is, regardless of the discomfort and doubt, the best path to full recovery.

Tomorrow I will meet many of her friends at the match, and they will ask me how she is doing. I will be inordinately happy to report that she is doing better.

This is the first time I could reliably so say since June 24, 2008, when she was first diagnosed with Lung Cancer.

news...
The latest CT scan and doctor report show that I am improving. The chemo cocktail is working and I will be continuing treatment for about 5 more weeks. There will be other evaluations done during that time.
Thank you for all of the prayers, positive thoughts and encouragement that were sent on my behalf. I believe in miracles!
love and light...
Sandie

Email ThisBlogThis!Share to TwitterShare to FacebookShare to Pinterest
Labels: SWMBO

The National Shooting Sports Foundation (NSSF) has (I have just learned) published a fact sheet on "Ammunition Serialization", also known as Microstamping Ammunition.

This refers to the proposal to implement new technology to 'microstamp' (using laser technology) unique serial numbers on the base of each bullet, and on the inside of the cartridge case in which it is seated.

If you are living in Timbuktu and have never heard of the concept, it should only take you a few moments reflection to realize that, for all practical intents and purposes, it would make the cost of each round of ammunition prohibitively high. So high, in fact, it's not unreasonable to estimate that the cost increase would be on orders of magnitude: instead of costing pennies, a single round of ammunition would cost dollars. This is de facto denial of ammunition availability for all practical purposes, except to the few individuals with sufficient disposable income to afford it. And they are probably spending all of their time instead of hunting, plinking, competition and practicing.

Why would the costs be so high? Because of the cost of retooling and changing manufacturing processes, most manufacturers would be unable to support the process because they would have to charge their customers more than they could afford. They just couldn't sell it. See above paragraph.

The Fact Sheet brings up a number of objections which I had not, in the ten months that I have been writing about this phenomen, considered:

. No independent studies have been done to determine the safety implications of using high speed laser engravers in the presence of the ammunition components, i.e. primers, propellants, etc. For instance, flash photography is not permitted inside factories because of gunpowder ignition concerns

. Anti-gun legislators in the Mississippi State Senate have proposed legislation, SB 2286, that would mandate bullet serialization. If passed into law, the legislation would force the closure of the newly opened Winchester Ammunition factory in Oxford, Miss. -- a move which would result in hundreds of Mississippi workers losing their jobs and millions in tax revenue disappearing from the state. The legislation would also force law-abiding citizens and retailers to dispose of any ammunition they currently hold that is not serialized.

My own efforts, however, have also addressed other topics:
In fact, it's reasonable to assume that if this legislation were to be made Law, only criminals would own ammunition.

Here is a summary (with links) of the 23 articles I have so far written in this series on Microstamping Ammunition. Read the discussion following this list to understand the variations on proposed technology to "Serialize Ammunition", and the reasons why they are not practical, affordable, reasonable or effective.

Now that I have provided the entire list (with the exception of this article, which is the 24th in the series), I need to make clear that through out this I have actually been talking about TWO separate technological proposals, and TWO separate waves of ammunition-serialization bills.

THIS article started talking about the NSSF's Fact Sheet on "Ammunition Serialization", which requires unique serial numbers to be placed on both bullet and cartridge case during manufacturing. This is the process which started the series, and the articles referring to this process are identified by the then-in-vogue name "Encoded Ammunition". The objections to this are explained above and in the NSSF Fact Sheet.

However, shortly after the Brouhaha about "Encoded Ammunition" got going very strong, along came Todd Lizotte and his proposal; every firearm sold in the United States must have an unique serial number on the breech face, which would be pressure-stamped ("Microstamped" on the base of the cartridge during the recoil phrase of firing the firearm.

The original purchaser of the firearm would be identified and registered with the government of the state where the firearm was first sold. ( Whether plans were envisioned to register each subsequent purchaser of that firearm has not been made clear, but we can envision legislators drooling over the prospect of registering every firearm sale.)

The assumption was that any firearm used in a felony could be identified by the microstamped code on the empty cartridge case left behind at the scene of the crime.

Well, not necessarily, but at least by implication.

Of course, this process could take YEARS to provide sufficient body of evidence to implicate any individual, seller or buyer. And it's not necessarily fool-proof even then (for example, in the case of theft of a firearms collection, a buyer might seem to present the same characteristics as a Straw Buyer.

Most of the "Interview with Todd Lizotte" sub-series of articles dealt with his grandiose plans to Make America Safer From Rogue Guns, and my refutations of his assertions. For example ... what happens when the slide of a semi-automatic pistol splits; what kind of controls are in place to register the new serial number on the replacement slide, and how long would it take to get a (essentially custom-made) replacement, and how much more would that microstamping version cost than a non-microstamping version, and how likely is it that a replacement would be even possible without a frustrating and protracted bout of attempting to authenticate the legitimacy of the 'replacement' purchase?

Also, the goal was to microstamp EVERY firearm ... even single-shot and double-barrelled shotguns, and revolvers,. These firearms types are much less likely to leave behind brass, but the laws would require that they to would be subject to the law.

Further, what is to prevent a criminal from picking up brass left behind on a shooting range, reloading it, and using pre-stamped brass in a non-microstamping firearm?

Not to mention the dubious reliability of a technology which relies on microstamping a small serial number on the base of brass which is already an imperfect surface due to the headstamping which is embossed there during manufacturing.

Finally, and most egregiously, the legal machinations required to this system is de facto registration of every firearm sold in America.

And as we have learned from the lesson taught in California in 1997, Registration almost invariably leads to Confiscation. At the very least, it infringes on the privacy of the person who bought the encoded ammunition or the Microstamping firearm.

This is, by no means, an exhaustive list of objections to either method of serializing ammunition. However, it does illustrate the paucity of usable evidence which they may be expected to provide to Law Enforcement Agencies ... and the great expense and inconvenience they will levy upon the honest private citizen (and military unit, and police department).

Neither of these tecnologies offer a real, viable, reliable and practical method by which criminals may be brought to justice. However, they provide a great service to those who would seek to deny the honest citizen the practicable access to firearms and ammunition.