All he wanted was to talk to his representative about a political issue--something supposedly guaranteed by the First Amendment's right to petition clause. True, being an activist with the Minutemen and wanting to discuss concerns over criminal illegal alien activity wasn't exactly something he "expected" would resonate with Rep. Carolyn McCarthy (D-NY), but over the years, Gabriel Razzano had established a rapport with her chief of staff, who had even visited him at his home.

(Hat tip to David Cordrea, including "The Shooter's Log" and "The War On Guns")

Welcome to New York "The Empire State"  (... if you are Rep. Carolyn McCarthy, it's your empire and you can do anything you want there).

A man wants to talk to his Congressional representative about a political 1st Amendment issue.  She says he's not her constituent, quit bothering her.  He gets official confirmation (with papers to prove it) that he lives in her district and she IS his representative, and then goes back to try to get an appointment.  She calls a guard, who gives him the Bum's Rush.

Subsequently ... well, you go read the story.  Bottom line, they confiscates his firearms, revoke his pistol license, and accuse him of being a thoroughly naughty boy.

All because he wanted to talk to his Congressional Representative.

Rep. McCarthy must be The Incredible Hulk --- you don't want to make her mad!

Definition of "Liberal":  see above.

DENVER (AP) — The targeting of a Colorado schoolteacher by an armed teen last year didn't sway Colorado Democrats on Tuesday to allow teachers to carry concealed weapons on campus.

A Democratic House Judiciary Committee voted 7-4 to reject another Republican bill to expand gun rights. The bill would have allowed school districts to decide if they wanted to let teachers, not just designated school resource officers, carry concealed weapons.

Similar Republican proposals have been made before without success, but the suggestion had additional resonance after last year's shooting at Arapahoe High School, in which a student targeted a teacher.

"I can think of no safer way at this point to address school violence," said Steve Reams, a Weld County Republican running for sheriff there.

Supporters of the idea were far outnumbered by teachers and students who packed the hearing to speak against the idea.

Ever since that shooting [Sandy Hook] has happened there have been five states who have allowed teachers to carry guns on campus grounds. Those five state names are Oklahoma, Missouri, Minnesota, South Dakota, and Oregon. In this small essay I will be stating on why k-12 teachers should be carrying a concealed weapon, which has many advantages. Not only for the victims, also for their family and friends.

So, not EVERYONE in the world is convinced that allowing teachers to arm themselves in school is entirely a bad idea.

Texas already allows teachers to carry firearms to work, so long as the principal approves it. And Alabama lawmakers have proposed legislation that would give schools the option of letting their teachers or administrators carry guns, reports NBC. One school board in Ohio has even voted to allow school janitors to carry guns, the Toledo Blade reports.
The full list of the 18 states that allow guns in schools with certain restrictions, according to NBC News, are:

States that are considering whether to allow guns in schools include Alaska, Florida, Indiana, Maine, Minnesota, Missouri, Nevada, Oklahoma, Pennsylvania, , South Dakota, and Tennessee. To learn more about gun laws in your state, check out FindLaw's page on State Gun Control Laws.

Geoff Gulevich’s endorphin-hyped run through the Red Bull Rampage race was captured from the racer’s point of view, and the sights are just part of the amazing video. Onlookers shout “C’mon Gully!” throughout the ride and ask the gutsy biker how the wind is treating him. With deep, shaky breaths, he responds, “I don’t like that wind.”

This is not your Father's bicycle ride.

Personally?  I wouldn't even try to walk that trail.


A Denver woman's 13-minute 911 call in which she explained to the 911 dispatcher that her husband was hallucinating and that he “was talking about the end of the world,” ended with her tragic death. Kristine Kirk, 44, was killed by her husband with a gunshot wound to the head, NBC News reported today.

It took the police 15 minutes to arrive at the home and when they did, authorities found her dead with the phone still in her hand. The fatal shot was fired at the thirteenth minute of the call, investigators say.


When Seconds Count, the police are only minutes away.

Under the current system, Police cannot protect you ... and  are not required to do so.  Your hubby goes bat-crap crazy?  You're on your own, lady.  Chances are that the police will NOT be there when you really need them. 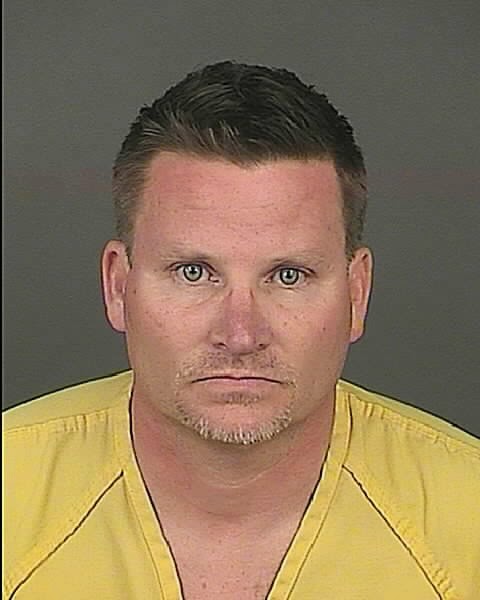 We won't bother to belabor the already over-debated question of 911 response time; enough to mention that it is inadequate; usually, and everywhere.

But what if she was one of those rare individuals who understands and accepts that she is responsible for her own survival?

What if she was able to wrestle the gun away from her husband's hand?  Or find another gun in the house and defend herself?