If you're not interested in the pansy-ass whining of a guy who has suffered from Psiorisis for years, move along.  We won't think any the less of you.  For those few remaining, you know may be aware that skin disease is a painful and sometimes a debilitating disease.

Okay, so it's not on a par with a stroke, or Lung Cancer. I began trying to deal with scaling, skin peeling away leaving bloody sub-dermis and large flaps of skin dangling from my hands in 2008 when my beloved SWMBO-lady was diagnosed with Phase 4 Lung cancer.  I was too embarrassed to mewl about my petty problems while she was dying, and so while I did mention it from time to time,  I tried to shut up except here in the privacy of my own personal "Selfie".

Police are the true "Coalition To Stop Gun Violence"

Why do we, as Civilians, feel obliged to carry guns?   Don't we trust the Police to protect us?

Generally speaking, no.   We do not.  We expect to be the only innocent armed person at the scene for a significant period of time.  The saying (and I've used it myself) is "When Seconds Count, The Police Are Just Minutes Away".

Yes, that's true if they are not at the scene when "gun violence" begins.   Travel time accounts for most of  the "Response Time" which allows gun violence to continue ... and for the individual which the police refer to as an ACTIVE SHOOTER to claim more victims.

But consider the best case scenario: what if they ARE at the scene?   Then it may take them more minutes to engage the shooter.  Why?

History of IPSC/USPSA: The Divisions

According to the 2014 USPSA Handgun Rule Book (February, 2014), there are 6 Divisions in USPSA competition, which are defined by the characteristics.  These divisions are extremely varied in their permissions and their limitations.  The following is a summary of the six divisions, which may be useful to people who are interested in competing in USPSA matches but are not familiar with the Division definitions:

*(I'm posting this because I often teach New Shooters who are not familiar with the choices available to them when the register in a mach in a specific division.  The problem is that they have often been advised to compete in "Production Division" even though they might be self-imposing a competitive handicap by their choice.  Also, it seems that some 'experienced' competitors in USPSA are not completely aware of the consequences of their choice.
Not that I care,  As long as they are showing up for matches, they are enjoying themselves.   Sometimes, though, if I am NOT informing them of the competitive consequences of their choices, I am not fulfilling my obligation to inform them.)

Email ThisBlogThis!Share to TwitterShare to FacebookShare to Pinterest
Labels: USPSA

Why IPSC can't use METRIC targets in Europe

The Goofy and Cool Shooting Targets Used by the World's Armies | WIRED:
(By Margaret Rhodes - August 04, 2014)


Years ago, on a cold, dark morning outside of Munich, Herlinde Koelbl noticed a shooting target that had been battered with bullet holes. “In a way, you could see death and aggression and power in it,” she remembers. But Koelbl, a professional photographer, couldn’t help but notice the eerily beautiful way the early morning sun filtered through the punctures. She snapped a photograph.
That image was never published, but it stayed in the back of Koelbl’s mind. Eventually, it inspired her new series and recent book Targets. Over the course of six years, Koelbl traveled to 30 countries and took thousands of photographs of shooting targets used during military training. Seen as a series, the images are a fascinating and somewhat unsettling window into how militaries around the world use visuals to groom their soldiers for battle. 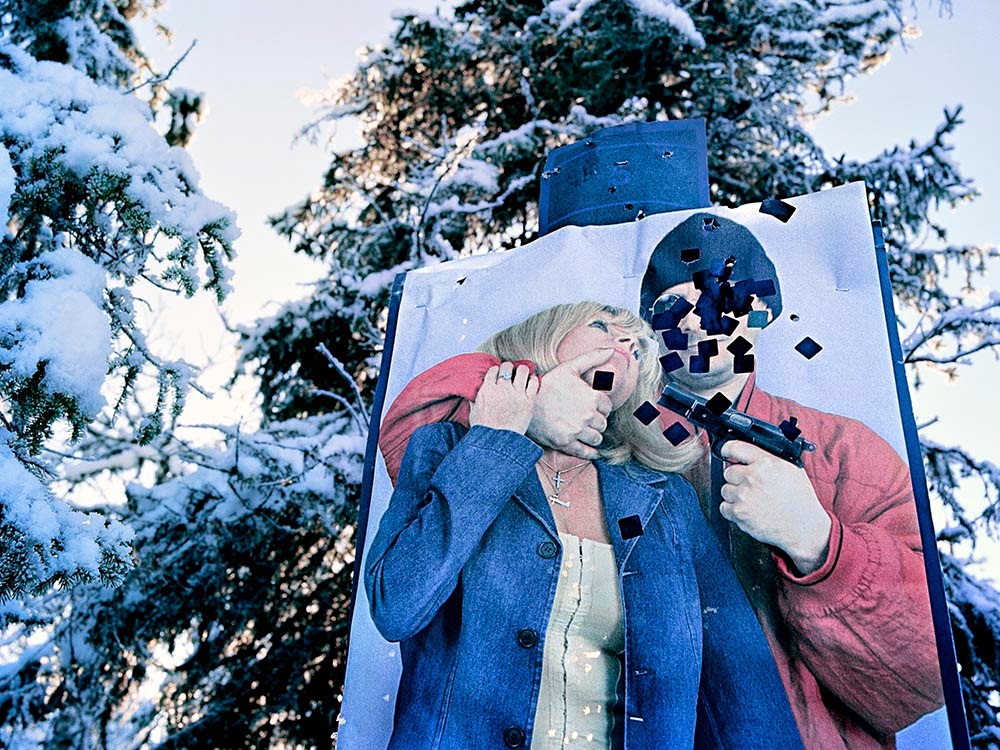 One of the most INTERESTING things about IPSC is the way a couple of years ago (okay, more than that), when the sport of Practical Pistol Shooting became a worldwide interest, it sort of ... morphed.

The thing is, as soon as this became an International Sport, European (and other) countries began to complain the they couldn't practice it in their home countries.

The fact is: some countries had laws which prevented people from shooting at "humanoid" or "Human Shaped" targets.  And that was that.

There was also the expected national rules which prohibited their subjects from owning "powerful semi-automatic firearms with high-capacity magazines", but there were work-arounds for that.

Examples: Japanese participants practice with paint-guns and air-soft guns; Canadians practice with diminished-capacity guns; British practiced with God-Knows What, but these and other subjects had one thing in common ... they stored their REAL "competition" guns in neighboring, more enlightened countries, and only used them in those countries where the national gun regulations permitted more freedom.

But one thing was universally clear:  "IPSC teaches people how to kill people!"

The first (Metric) target is roughly rectangular (about 3' tall x 2' wide), with a 4" x 4" tab centered on the top, which critics have chose  to call "A Human Head", which makes the target "Humanoid" in nature.

Hence the accusation that "IPSC is teaching people to kill people".  Which is clearly an evaluation which is in the mind of the beholder.  We're shooting Cardboard, folks.  And .. okay .... sometimes we shoot at steel targets, too.

However, people in Europe go right on shooting targets which are not only 'reminiscent' of humans, but are clear depictions of humans.

At this time, no recent Internet searches complain about targets which are obviously intended to teach people how to kill people.

"People Targets", Shooting, and the Olympics:
However, it is worth considering that the singular issue of "humanoid targets", which has caused a schism in the noble sport of Practical Pistol Shooting, has proliferated.  People continue to want to shoot at targets that look like people, and although this issue has been the reason why IPSC competition was rejected as the candidate for International Olympics several years ago, (2005)  with some comments from shooters, which seemed to go nowhere, it seems odd that .. well, people will be people.  And that they want to shoot at targets that look like people even though the International Olympics Commission considers this to be .. TERRIBLE!

Never mind the facts: We Deal In Feelings, Friend!
Ignore that fact that there are several shooting sports gladly accepted by the IOC:  Skiing and Shooting; Small-bore target shooting (both pistol and rifle) are accepted without comment.  Trap and Skeet (shotgun shooting at flying targets)?  No problem.  Air Rifle?  The same skill sets, except using 'reduced power ammunition"?  Fine! Javelin?  Teaching people to throw spears at people?  No problem.

So why not IPSC competition?

Because it is teaching people to shoot people.  Bad.  So the International Practical Shooting Confederation (IPSC) introduce a new target, which they call the CLASSIC target:

Notice it doesn't look anything at ALL like a person.

Well, but yes it does. If you use your imagination ...  it MAY define the human torso, with the A-zone in the approximate area of the heart/lungs/spine, the "C-zone" as the lungs and other semi-vital organs, and the D-zone as "non-fatal but otherwise sometimes debilitating and painful hits, maybe".

The good news is there is not "Upper A/B-Zone" area, which would define a brain/spine hit on a human.

And so, the IOC is unlikely to accept this target, either even if IPSC is willing to accept a minimal position as a "Demonstrations Sport" at the Olympics.