Every day can be Grandparents Day. The official commemorative day is the Sunday after Labor Day. If you’re celebrating Grandparents Day throughout the year, these resources can help with ideas on how to Do Something Grand.


I expect my children and my grandchildren to hold this day in special reverence.

We were told that these were simple, hard-working people who just wanted their chance to earn an honest living.

We Made Donald Trump PRESIDENT -- What Else Can We Do? | Frontpage Mag:


How many different ways can Americans say they want illegal immigration dealt with seriously?


Congress has passed laws requiring that immigrants pay back taxes, learn English, not collect welfare and have good moral character. That's not too onerous, right? It's not like we're requiring them to have any skills or talents that would be valuable to America. Every single one of these requirements has been scuttled by immigration bureaucrats, federal judges and Democratic presidents. All of 'em. Our immigration bureaucracy is so dedicated to destroying America that it's made citizens of thousands of convicted felons 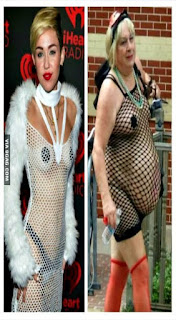 At a certain point, Ryan might actually produce a sad orphan. Who knows? It’s theoretically possible. But we could not be faulted for not opening the door.

Email ThisBlogThis!Share to TwitterShare to FacebookShare to Pinterest
Labels: Amnesty

No one injured when S. Carolina deputy shoots at man 5 times


The sheriff of a South Carolina county is defending the deputy who shot at a man five times after authorities say the man pointed a pistol at the law enforcement officer. No one was injured.

Is it just me, or does anyone else see a problem when a L.E.O. shoots at someone who is pointing a gun at him ... and misses?


Beaufort County Sheriff P.J. Tanner tells The Island Packet the initial investigation shows the deputy did nothing wrong during the shooting early Saturday at the Vista View Apartments in Bluffton.

Well ... the deputy missed his target.   Considering that he was engaging in return fire directed at someone who was shooting at him, there are people who would consider "failure to successfully elimate an active threat" to be the "wrong" response.

( So much for the "The Only Ones Qualified" argument. )


Tanner says the deputy was not put on leave and remains active.

That doesn't speak well for a Department which apparently considers "the deputy who can't shoot straight" to be a valuable member of the department.  The article does not suggest that the deputy was required to receive remedial training in firearms accuracy.


A news release says the unnamed deputy investigated when he saw two men sitting in a vehicle in a parking lot. The release says one man fled, and the deputy chased him and found the man lying on the ground, pointing his pistol. The 18-year-old faces several charges, including fleeing to evade arrest.

Assuming that "... (t)he 18-year-old ... " refers to the felon who was arrested for 'pointing his pistol' (presumably at the officer), it seems reasonable that "fleeing to evade arrest" would be the least of the charges; how about "attempted murder of a police officer"?

And to shoot at a man with a gun five times, and to miss, is to allow that felon to learn to be more heartless the next time he has an officer in his sights.