I've heard the expression before, but ....

Park cop shoots at racoon 9 times, got only one hit: his own foot.


U.S. Park Police officer shoots himself in foot after being attacked by raccoon in D.C. | WJLA: WASHINGTON (ABC7) — A U.S. Park Police officer shot himself in the foot Thursday after being attacked by a raccoon in Northwest D.C., according to officials. Police say the officer was trying to get the raccoon off him when he shot himself. The officer was taken to the hospital and police say the injuries are not life-threatening. ABC7's Q McCray reports neighbors say they heard nine gunshots and that the officer was flown to the hospital.

You got to watch out for those attack racoons.

Email ThisBlogThis!Share to TwitterShare to FacebookShare to Pinterest
Labels: Be Very Afraid

That's right, the Vote By Mail process works for me.

I voted the straight party ticket:


The gun-loving association has turned Candy Land and Battleship into games about shooting targets, prompting social media users to say the marketing campaign is geared towards children.

[H/T: Shall Not Be Questioned]

(1) The assumption here is that the NRA is conducting a "marketing campaign".
(2) The presentation is "geared towards children".

I'm not sure that the first assumption is warranted.   To me, that website looks like an educational tool,  They're not even selling the target designs; they've put the images in open-source (so to speak) internet website where anyone can download and print the targets.
The NRA realizes no financial profit.  It's a poor marketing campaign which realizes no fiscal benefit.  (Liar Liar Pants On Fire!)

Anyone who actually goes to the NRA website sees that the display is a number of different designs of targets.  These target designs are intended to make target practice more interesting and rewarding to young target shooters.

The presumption that the presentation is "geared towards children" is ... childishly obvious.

Of course it is (or at least, it's provided to the parents for the benefit of their children),
So why so serious?

Targets are the best way to teach the safe, accurate operation of firearms to shooters of any age.
And people like shooting at targets.  Ever go to a carnival?   See that shooting gallery?  For a quarter (probably more expensive now) you can shoot at tin ducks and win a kewpie doll.

One of the most impelling arguments that Gun Grabbers present is that guns are a danger when there are children in the house.  Why?  Because guns are what lawyers call "an attractive nuisance".   Which means kids can always find a way to get to a gun in the home and play with it.

The life lesson for most gun-owners with children in the house is to de-mystify the gun.   They take their kids to the range, let them shoot their .22 plinker rifles at targets, and in the process teach safe gun-handling habits.

Kids can learn to safely handle guns?  That's entirely contrary to the gun-grabber mantra.   These people who would deny our children to responsibly exercise their constitutional rights would have you believe that there is no POSITIVE aspect of firearms ownership.

They don't understand that one reason why people like to shoot guns is because ... it's FUN!

The gun grabbers are as quick to castigate responsible gun owners who teach their kids to handle guns safely, as they are to point out that it's irresponsible of parents to have guns in the home because kids can't resist the lure of playing with guns.

But now the NRA has offered another tool to parents which positively allows training to their children, and at the same time make it fun!

And these same idiots who have a political agenda cannot abide the realization that "Firearms Families"  can, and will, teach their children ... and the NRA (the original goal of which organization was to promote firearms safety) are doing their share.

The nasty part of this story is that we're told that firearms owners are irresponsible because their children can't be trusted around guns .. but when the NRA takes steps to provide firearms owners
with a valuable took in child-rearing, we meet nothing but continued criticism.

Could it be possible that there is NOTHING that Americans can do to promote gun safety, without being castigated in the popular press?

"Clinton will look to her VP to take on the NRA"

There's a new sheriff in town.

His name is Jack Elam. * 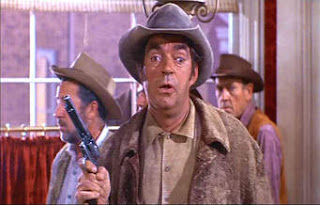 
Tim Kaine likes guns, and that could be a problem for the NRA - VICE News:

Kaine is the face of a new new kind of gun control messaging: a white dude gun owner who understands skepticism toward people who don’t like guns and who thinks the NRA has lost its way.
“The overwhelming majority of gun owners support the kinds of proposals that we’re pushing, like background record checks,” Kaine told VICE News Tonight. “And sadly, the NRA has switched from being a representative of gun owners to being representative of gun manufacturers.”
If Democrats are going to get new gun laws passed in a Clinton administration, they’ll need guys like Kaine to make their case.


This is the party, you will recall, who accepted the idiotic incompetent  unforgettable  Joe Biden on the Obama ticket about eight years ago.   You might also recall how well THAT worked out.
Sorry, Mister Kaine, but you're no Jack Elam.   But you might be an Alec Baldwin.

Although even he might be a better Leader of the Free World than Hillary, he doesn't exactly inspire us with confidence.


Hillary Clinton says guns should be outlawed.  We  disagree. When I say “we”, I mean all of us.  Gallop took a poll this month.  They asked “Do you think there should a law that bans the possession of handguns..”  We said no, and we said it in a big way.  By more than a three to one ratio, 23 percent to 76 percent, we rejected the idea of a handgun ban.  That is the strongest response the poll has ever recorded.  You were not told that public opinion changed.  That is interesting too.

"Interesting" in that this kind of polling results don't show up on MSM front pages.

And we are encouraged by the understanding that we may have a small voice, but there are many of us ... whispering quietly; many whispers make an oceanic roar which cannot be ignored.

Except on the shooting range, of course, where we are rudely load!

As Robert Duvall never said:
("I love the smell of gunpowder in the morning")

You would think that after all these years, I would know better.

I tried to send an email after midnight on the First of the Month, and SURPRISE!  My Comcast Email connection was not responsive.

I knew immediately what was going on, but in the spirit of Customer Response I called the COMCAST Emergency Hot Line and met a very sweet-voiced lady named Dianne (not her real name!)  who explained to me that Comcast was aware of the problem and told me that they had already received "a number of calls" about the problem.

The "problem" was that comcast were doing their regularly scheduled (midnight to 5am) backups and database maintenance, and they put on their very best CSR (Customer Service Representatives) to field all the phone calls they expected to receive from ignorant goobers.

They turned it around on me, though.


After being very sympathetic to my concerns, said Sweet Young Thing asked me if I would be available between 6am and noon to participate in an extensive phone survey to discuss 'the problem'.

I responded by pointing out that it was 2am and I would probably be asleep at the time they phoned me, so thank you for the offer but I respectfully decline.

(Which was to say: "yes, I know I'm a jerk and it's nice that you pointed out my character flaws in such a gentile manner".)

Which was exactly the expected response.

I make this call to Comcast a couple of times a year, just because I actually AM 'a jerk with nothing better to do at 2am'.

Maybe I ought to find a girl-friend.

Then I'd have something better to do than stay awake half the night and call strangers.  You think?

Email ThisBlogThis!Share to TwitterShare to FacebookShare to Pinterest
Labels: Humor, Just For Fun

CDC and Reporting of Firearm Deaths

The Center for Disease Control ("CDC"), despite having been penalized in the past by losing millions of dollars in federal funding because of their biased reporting of "firearm violence", continues to poison the well of Second Amendment Rights.


Note Regarding Unintentional Firearm Deaths in 2014 There was a coding error in the 2014 file that increases the number of unintentional firearm deaths (W32-W34: Accidental discharge of firearms) substantially in some states. The error was not technically isolated to any particular state, but because of the nature of the error, data from some states (TN, NC) were affected more than others in 2014. Results for 2014 unintentional firearm deaths should be interpreted with caution.

As Breitbart reported on October 29:

All because the CDC has a staff of politically motivated researchers who cannot divorce their private opinion from their pubic duty to report the truth.

They're suppose to be the best and the brightest, but in the final analysis we can only say;

Email ThisBlogThis!Share to TwitterShare to FacebookShare to Pinterest
Labels: CDC

The FBI obtained a warrant to search emails related to the probe of Hillary Clinton's private server that were discovered on ex-congressman Anthony Weiner's laptop, law enforcement officials confirmed Sunday.

You got to swing to the left, swing to the right, because you're the only girl in town!
Like your husband said, it all depends on what the meaning of "IS", is.

No, I never understood what that meant, any more than you probably do.  But the Hillary-Beast has once again found herself with her tits in the wringer.  And she brought it on herself when she demanded that the FBI re-think its  earlier (soft pedalled) determination/re-evaluation of the Clinton Emails.

Turns out, it wasn't as bad as they said. 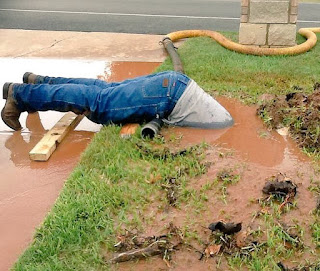 Don't go there, Hillary.  The sharks are in the water, and they smell blood.

Don't get me wrong, I'm all for Presidential Pardons.
I just wonder why this "most gun control president" in "the most transparent" administration ever, has chosen a bunch of gang bangers to pardon for their crimes.   Could it be .. "CHICAGO?"

Convicted of a Gun Crime? Obama Will Cut You Loose. – Bearing Arms:


President Obama is using his last few months in office to commute the sentences of criminals, many of whom committed crimes with guns. Of the 98 commuted sentences President Obama signed on Thursday, 19 of them had felony firearms convictions. 19.3 percent of them had felony gun convictions. “Earlier this month, President Obama granted commutation to 102 federal inmates. Today, he granted another 98 commutations, underscoring his commitment to using his clemency authority through the remainder of his time in office,” the White House said in a statement.


If you are not a gang member, a member of his urban elite you can count on a long expensive trial and a lengthy jail sentence you will not be pardoned from for even the smallest violation let alone for actually using a weapon in a crime.Z