Two men were shot and killed Sunday near Athens after they invaded a home and attempted to rob two residents, according to Henderson County Sheriff's Office reports. Henderson County Sheriff Botie Hillhouse said the deceased are Steven Kelley, 49, of Winona and Cecil Spain, 31, of Grand Saline. The residents of the house were slightly injured in the confrontation that occurred shortly after 4 p.m. in the 2800 block of Hopson Drive “It was a home invasion and attempted robbery that went very bad,” Hillhouse said. “The assailants entered the residence under the pretext that they were customers. The two men posed as customers looking to purchase a dog from a man and woman at their Athens-area residence.”


Don't let anyone try to tell you that Home Invasions are "rare", or "Just Don't Happen".

How long does it take YOU to find a loaded gun, when a bizarre stranger knocks on your door?

A Moncks Corner resident defended his family Tuesday by fatally shooting a masked man who broke into his home carrying rope and a pistol with a laser sight, authorities said the next day. The homicide of 30-year-old Elijah Akeem White Jr. of North Charleston was deemed justifiable, and the homeowner is not expected to face charges. Investigators said a woman who acted as an accomplice in the home invasion by White was arrested. Juanita Marie English, 28, of Logwood Drive in Ladson, faces charges of first-degree burglary and criminal conspiracy. 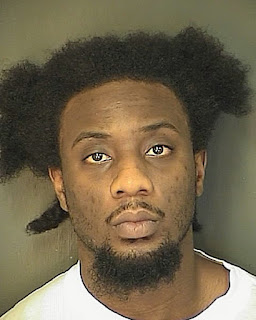 ... tried a home invasion and was justifiably (and fatally) ass-kicked by the resident, who was armed.

Email ThisBlogThis!Share to TwitterShare to FacebookShare to Pinterest
Labels: Music

I'm not from Colorado, but if my 'home state' decided to use the state taxes on firearms and ammunition sales they had collected from me to build gun ranges ... I'd think:  HOORAY!


Is it the nanny state if the government is building gun ranges? Does it matter if bureaucrats are doling out tax dollars from purchases of guns and ammo? Does it change the equation if liberals are behind the government push to get gun owners to practice? Colorado Sen. Michael Bennet, a Clintonite from Denver, is among a bipartisan quartet of senators behind legislation to use federal tax dollars to pay 90 percent of the cost for five years for states to build and run shooting ranges.

Anything that encourages firearms owners to practice is A Good Thing.

This is the kind of program which could be expanded:
. Perhaps more firearms and ammunition sales would provide funding to teach Firearms Safety classes state-wide?
. Encourage (or fund, or subsidize) "Eddie Eagle" type programs?

Email ThisBlogThis!Share to TwitterShare to FacebookShare to Pinterest
Labels: ATF, Fast and Furious

Chaffetz wants to hear directly from ATF Agent William Temple, special agent in charge of the Dallas Field Division, and Associate Director Ronald Turk. The hearing marks the first effort by Congress to re-open the investigation into President Obama’s Fast and Furious gun trafficking scheme since he left office in January. ICE Agent Zapata was killed by one of the guns involved in this program, and Special Agent Victor Avila was injured during the attack in Mexico.

Chaffetz also noted that ATF agents who were subpoenaed to testify did not appear:

"When Congress invites you to testify, it's not an option!"

Email ThisBlogThis!Share to TwitterShare to FacebookShare to Pinterest
Labels: Congress, Fast and Furious

They were asking for it!

Two open carry activists who walked into the Dearborn Police Department armed with guns, body armor and video cameras last month were due in court Friday morning for a probable cause hearing.
Surveillance video captured the men walking into the building last month, while police are seen and heard telling them to put down their weapons. "Dude, put that on the ground. Put it on the ground... Or you are dead," an officer, with guns drawn is heard screaming.

Dude, they were lucky!

I would have shot them on sight.
They apparently showed up "ready for action".

"Just because you can, doesn't mean you should!"

(The Dearborn Police deserve two thumbs down a medal  for their willingness to allow these IDIOTS to pollute the Gene Pool.)

GUN WATCH: Judge Claims to Support Second Amendment, Just not the "Bear" part: open and concealed carry laws were a danger to any community.

"I think open carry (and concealed-carry) laws, with all due deference to the Second Amendment, which I support...are dangerous to any community because of the epidemic of mental health issues throughout this country," he said. "Putting guns in the hands of mentally incompetent people is a recipe for disaster."


Well ... yes.   The insanity clause seems reasonable.  But who decides who is insane?
What criteria is codified to determine insanity?

To most Liberals, anyone who thinks he/she needs a gun is ipso facto insane,