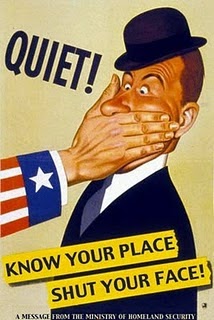 LocalPDX is reporting now that in a recent two-hour hearing on the new expanded background check bill (SB 941)was less than balanced.


The numbers were staggeringly against the bill, many taking time off work to show up.  With only about 20% of them allowed to testify, many times being cut off way before getting into anything that resembled actual arguments. On the flip side, 94% of those that showed up to testify in favor of SB 941 were allowed to testify.  Legislators were also discouraged from asking questions of the citizens that were there to testify.  In all, according to GoLocalPDX 68 people were turned away from speaking with their elected body on a bill that will ultimately directly impact their lives..

RSS FEED FOR THIS BILL

Relating to firearms; declaring an emergency.

Requires private person to complete transfer of firearm by appearing with transferee before gun dealer to request criminal background check or shipping or delivering firearm to gun dealer in certain circumstances.

It's Deja Vu All Over Again,

Politicians only want to hear arguments which support the political positions toward which they are predisposed.  Have a complaint?  Step to the back of the line!

Nobody wants to hear what you have to say.  Go away.

The Obama administration has finally acknowledged that those hurt and killed in the 2009 Fort Hood shootings were victims of terrorism -- and not “workplace violence,” as it was previously described. But while formal recognition of that is set for Friday, when victims will receive the Purple Heart, it may only be symbolic.

I find it bizarre that a government denies it's military (who defend our nation against all enemies, foreign and domestic) compensation for injuries while serving ... which as a matter of policy refuses to allow servicemen on duty to carry a weapon ... can deny full benefits for victims of wounds and other injuries.

When I was in the army, when I was in a military base I was always assumed to be "on duty" even if I was not carrying a firearm at the time.

This was obviously a cost-cutting decision, made with no consideration of how the professional service men and women (the person who cut down the murderer was an MP ... but she couldn't be EVERYWHERE!) would react to this patent lack of faith.

The lesson I learned in the military is that loyalty must not only go up the chain of command, but down.  I guess Obama has no understanding of the concepts of loyalty, duty, honor and country.

We're not talking about "Stand Your Ground" civilians here; we're talking about people who were targeted specifically because they were members of the military!

Am I as safe handling a pistols as I think I am?

I just read this article from Tim at gunnuts.net, and it made me stop and think:

When do I actually put my finger on the trigger, when I draw at an IPSC match?

I think it's not until my sights come near to aligning on the target I'm engaging, but I don't really know.

I've been competing in IPSC for 30 years now, more or less, and I teach a monthly competition safety at my home range, so I may have become slightly complacent about my draw.   Now I think, maybe I haven't been DQ'd for a "premature discharge" at a match, but am I really that good?  Or am I just that lucky?


There comes a time in every man's life when he must make way for an older man.

I'm wondering if there might come a time when I should make way for a younger man?

oh.  No.  Never mind.   To hell with younger men, let them make their OWN mistakes.  I'm going to rest on my laurels and just believe that I've already made enough mistakes, so I'm not going to make this one.

There are 'smart guns', and then there are SMART GUNS!

GUNBLOGGER: The GOOD, the BAD and the UGLY

I subscribed to GUNBLOGGER.COM a few years years ago, because it gave me direct access to other blogs with which I shared a common interest:  GUNS


It was simple at the time (I thought) because I could access the link and select other blogs that I found interesting.

Recently, I found that the website had set up a mechanism which would routinely survey all member blogs, several times a day, an provide all of the most recent posts in a manner which allowed me to get a preview of each blog article, and I could click on it to see what they had to say.  If their articles weren't of interest to me, I could just scroll down to the next article.

This was (and is) A Good Thing, because I got to preview it regularly.  And I do.  I've learned a lot by reading the thoughts of these other bloggers.

Sometimes I get an early Heads-Up about an issue of topical interest to my readers, and I'll write a recap (with a link to the gunblogger article) just to keep my readers informed.