The Congressman and The Colonel

FoxBusiness.com - Why Tuesday Will Be a Blowout

How does 24 years of Military service NOT qualify as having " ... performed any kind of public service"? David Asman takes Congressman Jim Moran (D - Virginia 8th District) to task when the Congressman slams his Veteran soldier opponent.
Posted by Jerry The Geek at 11/01/2010 08:10:00 PM No comments:

Many years ago (around 1978 - 1980) I volunteered to spend two evenings a week as a Teacher's Assistant in an "English as a Second Language" course offered by Portland Community College (in Oregon).

This is a program designed to help Immigrants qualify for the English Proficiency requirement of the American Citizenship program, and also to make it easier for them to find jobs and merge into the American culture.

I did this for two years.

The first year I worked two hours in a classroom, being in fact the only instructor for a group of about twenty students. Over the six month course, I got to know them very well. Most were a group of relatives from Bali. A few were Muslims from the Middle East. All were adults (the eldest was in her 6o's) and every member of that class was willing to work as hard as possible to learn not only 'proper' English, but also Idiomatic English. That is, to feel comfortable with phrases such as "I crossed over the bridge". Think about the many ways words like "cross" and "check" are used in American English, and you will appreciate their ambition and determination.

The second year I worked outside the classroom as a tutor for a young Vietnamese man who was the only member of his family to survive the boat trip from Vietnam. Various tragedies between 1973 and 1976 had taken his parents and siblings from him during the escape and the flight from Communist Vietnam, and he had also spent over a year in various refugee camps before being sponsored to America.

I was able to share many new experiences with this young man (who insisted upon being called "Larry"), among which was a trip to Mount Hood on the day after Thanksgiving Day in 1979, where both Larry and my 18-month-old daughter Jennifer encountered snow for the first time. Larry was ecstatic. He said he had heard of snow, but had no idea how it would feel to be completely surrounded by frozen water as far as he could see. My daughter, on the other hand, reserved judgment. Jennifer now lives in San Diego, so I guess she was less impressed than was Larry.

My work with Larry was ostensibly to help him break bad speech habits, and teach him proper pronunciation of difficult words.

His worst habit, after working one summer in a microchip assembly plant, was to use the expressing "you know" at least once in every sentence. He didn't realize that he did that, until my wife and I both pointed it out to him. Frequently, until he became as annoyed at our reminders as we were by the phrase. But he gave it up, almost entirely.

One of the most difficult pronunciation efforts was the word "Hospital". The closest he could come was "Horspishtull". It was when he tried to explain the difference between English and Vietnamese that I began to learn more from Larry, than he learned from me.

Vietnamese, like many Eastern Asian languages, is based on tone. That's why spoken Vietnamese sounds like "Sing song". He gave me an example, saying the same word a half-dozen times. They all sounded the same to me, but he explained that depending on intonation the word can have any of several different meanings, such as "ghost" and "spirit" ... which when you think of it, can be interpreted variously in English as well.

But even more edifying was the day when we sat at my kitchen table and he explained to me what it was like living in Vietnam before, and after, the Communist take-over.

He said the pre-communist government was prone to promising much, but delivering little. In his words: "The president promised us one thousand things, but only one of them came true."

And as for the communists?

I may have remembered minor details incorrectly ... it has been 30 years since I've seen or talked to Larry. But I'm clear in my memory that in 1970's Vietnam these were supposedly the most common sayings in his country, and were considered Universal Truths.

Perhaps these sayings (aphorisms, homilies , etc.) should be more widely familiar to Americans in the 2010's.

Remember these words when you vote today. And remember how the incumbents got elected. 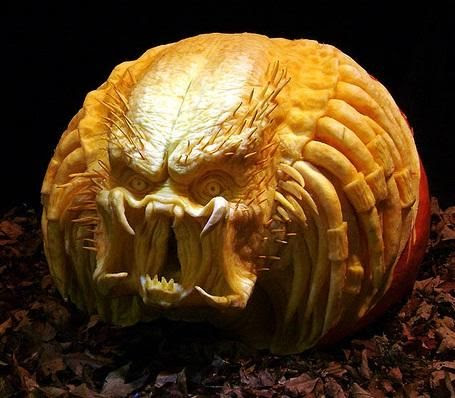 Shooter Is Also Soldier - Of the Year

Shooter Is Also Soldier - Of the Year | Shooting Wire

Email ThisBlogThis!Share to TwitterShare to FacebookShare to Pinterest
Labels: Military

This is a video interview by the "Defense Video & Imagery Distribution System (dvids) of a Son of the Pacific North West.

SSGT. Adam is the son of Bill Sahlberg, who is well known in the PNW. Adam, his father and brother have all been competitors in USPSA matches in Washington and Oregon. All of us here in Geekistan are very proud of Sgt. Adam's service, and grateful for his contribution.
Posted by Jerry The Geek at 10/31/2010 03:13:00 AM No comments:

Acting on behalf of a Georgia resident and honorably discharged Vietnam War veteran, the Second Amendment Foundation today filed a lawsuit against Attorney General Eric Holder and the Federal Bureau of Investigation over enforcement of a federal statute that can deny gun rights to someone with a simple misdemeanor conviction on his record.

In July 1968, Schrader, then 21, was found guilty of misdemeanor assault and battery relating to a fight involving a man who had previously assaulted him in Annapolis, MD. The altercation was observed by a police officer, who arrested Schrader, then an enlisted man in the Navy, stationed in Annapolis. The man he fought with was in a street gang that had attacked him for entering their 'territory,' according to the complaint."

This guy can't legally own a gun in the state of Maryland because of a bar fight 40 years ago.

The man must be some kind of "Rambo".