There has been some talk about adding a new (provisional) USPSA competition division:

well ... actually, there has been very little talk about this at all! 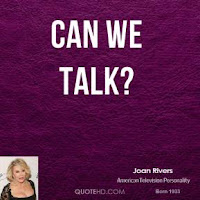 WHY should we do this?

I don't know why we should add another Division ... I'm under the impression that this is a "provisional" Division,  but nobody is talking about it.  Well .. except me, and I do think we should talk about it.

Let's face it, when Col. Jeff Cooper gave up his presidency of USPSA  in 1997 because he considered it to be "no longer even vaguely practical", the doors swung open and we can play any games we want to.


And I'm only talking about it now because I spent thousands of dollars (that's a lie .. it was more like a dollar two-ninety-eight) to buy a mech tech caliber conversion unit from The Hobo Brasser where my 1911 would slide into a carbine barreled action with a rifle stock and it would turn into a carbine.

Which I discovered was REALLY FUN to shoot!
(okay, it currently has an electronic dot-sight, which complicates the equation, but ... we'll talk about that, too.)

My 1911 works quite well in this framework, although I've discovered that I need to load my .45acp ammunition to a bit higher power-factor to make the much heavier action work reliably.  Okay, that's talking point #1.

What are the other talking points?


Wow!  Assuming that the Division might be approved by USPSA, there are some basic questions that need to be discussed.  For example:

Looking at each question:

1. Starting Position could obviously NOT be "pistol holstered".  It would have to be the "Low Ready" position (default for 3-gun?) or something that looks like "laying flat on the table ... " etc.
2. Over all scores (if the division were truly accepted only as a 'provisional' division) might not be affected by inclusion of Pistol Caliber Carbine.   Or should it?
3. Sights?  Most people (all three of them?) would probably choose to use an optical sight rather than an iron sight, if only because since this division would obviously be a "Red-headed Stepchild" Division, you might as well spend an extra couple hundred bucks and get a Red-Dot Sight to go with your "Red-headed Stepchild"   BUT perhaps some people would prefer to shoot with iron sights?  I don't know why, so I'm going to assume that SIGHTS would not be the basis for initiating a subdivision.  Use whatever you have, no limit on sight configurations.
4. Magazine Capacity:  One assumes that (since current production of this Bastard Division only accommodates 1911 single-stack and Glock pistols .. which might change) this would require a division sub-genre with "limited" (10-round or less, as in Single-Stack frames) or "open" as when a Glock 19, for example, offers a 19-round magazine capacity).  So we're talking about 2 sub divisions based only on magazine capacity.  But this is not, really, necessary. Use whatever you have, no limit on magazine capacity.
5.  Fold into "Open Division"?  Why would we want to do that?  We've  (0kay .. *I* have) already arbitrarily proclaimed that magazine capacity and sights don't necessarily need to be included into the Division specification.  If you look at the mech-tech webpage, you'll see that there are more options than were available when I bought my version a decade ago.  Which, in my mind, makes the question even more appealing!

Gamer, Timmy, Neither or Both? – Gun Nuts Media:

Okay, I admit it.  This article is comparing IDPA vs USPSA (IPSC), and thanks a whole lot to Gun Nuts for opening the subject for discussion.  Because IDPA is like the Spinach Rules of Pistol Competition; I've never tried it, but it smells yucky, so I've decided I don't like it and probably never WILL try it.

Back in a previous millenia, when IDPA first entered the competitive shooting scene, I thought:
"Wow!  Another pistol shooting venue!  What a gas .. I can DO this!!!"

Then I got a link to the rules, and I saw restrictions which, frankly, turned me off.
(International Defensive Pistol Association rules here)

"Failure To Do Right" was the first thing that attracted my attention.  WTF does that mean?
I don't know yet, but apparently if you 'game' a stage, and engage a stage in a manner which doesn't violate the published stage procedures but still provides you a significant competitive advantage over other competitors who didn't perceive the flaw in the stage design ... you might just be a Gamer.

And that's A Bad Thing.


Clinton, speaking to an incredibly supportive audience in her home state, suggested that Republican opposition to President Obama’s plan to appoint a Supreme Court justice to take the late Antonin Scalia’s seat is predicated on the inherent racism that has made Obama the enemy for the past seven years of his administration.