"Introduction to USPSA" certification: Why?


I've been teaching the Introduction to USPSA class at Albany Rifle and Pistol club for a while now, and I'm surprised that I have yet to hear a participant ask "why do we need to do this?"

The short answer is: "you need to know the rules before you compete. And frankly, I don't want to be on the range when someone who hasn't been trained is running-and-gunning."

But there's more than my personal timidity involved. There are other action shooting sports (besides IPSC/USPSA) that also require a higher-than-average skill set when competition involves moving around with a loaded gun, engaging targets in a variety of venues, and time is one of the deciding factors.

For some ranges/clubs ... if you have proven that you are qualified to compete in USPSA matches, they will accept your participation in other shooting sports.

Tri County Gun Club is one of these clubs. They have just released their first-in-a-decade update to rules and regulations for "Tactical Action Shooting".

I'm not going to get into a detailed discussion about exactly what Tactical Action Shooting is. For the purpose of this article, it's enough to understand that it's another shooting competition which involves "Running-and-Gunning".

Here's the latest update, in full. The portions which specifically address the opening question are highlighted in italics.

Tactical Action Shooting is open to all civilian and certified law enforcement persons interested in the safe and effective use of defensive firearms. While no longer required, it is recommended that civilians obtain a concealed carry permit, so that experience gained during matches can be transferred to the street. All civilians (non-law enforcement personnel) need to be approved for use of the TCGC action range. This can be accomplished in one of three ways:

1. IPSC/USPSA certification at TCGC or other USPSA sanctioned club. Proof of certification may be required of a new shooter unknown to the discipline chair and not a TCGC member.

All certified law enforcement personnel, whether active or retired, who have completed their department’s firearms training program are welcome to participate.

Military personnel that can show firearms training are also welcome with approval from the discipline chair.

Any legal carbine, revolver or semi-automatic pistol which could be used in a defensive capacity is approved for use with certain restrictions. Only calibers 9mm, .40 S&W, and .45 ACP may be used in semi-automatics. Revolvers in .38 Special, .357 Magnum (using .38 Special ammunition), .40 S&W, .44 Special, .44 Magnum (using .44 Special ammunition) and .45 ACP or Colt are also approved. Additional calibers may be approved by the discipline chair. (Currently .30 carbine, FN 5.7 and 7.62x25 have been approved.)

Optical sights are not allowed on handguns or shotguns. Optical sights are allowed on carbines. A laser sighting device that does not alter the concealability or carryability of the handgun may be used. For civilian competitors, all handguns will be concealed from view along with ammunition carriers. Those electing to use law enforcement duty gear may wear their gear openly. Duty gear must be of a type approved by the individual’s own department.

Shotguns may be semi-auto or pump action, with or without extended magazines, in 20 or 12 gauge. Magazines cannot be loaded with more than 8 rounds at any time. No form of optical or laser sighting device is approved for use on the tactical shotgun. Speed loaders or any device that allow the loading of more than one shell at a time into the magazine are not allowed. All spare ammunition for the shotgun and carbine may be carried openly, on the weapon itself, or in any manner deemed appropriate by the discipline chair. As the tactical shotgun and carbine are not normally concealable, spare ammunition need not be either. Ammunition approved for use in the shotgun must be bird shot of number 4 or smaller, standard slugs, and standard power buckshot.

The Course of Fire and Targets:

All courses of fire will specifically emphasize the use of proper firearms tactics in relation to the use of cover, magazine changes and retention, movement between shooting positions, etc. The only time sound tactics may not be required is a particular course of fire that is designed to teach or practice a specific skill such as shooting on the move or shooting from the support side.

Courses of fire should not be designed so the competitor has a risk of failing or committing and error which would require a stage or match DQ. As safety conscious individuals we must all endeavor to compete well, but do so within the limits of our own limits and abilities. If at any time a competitor feels that performing a particular task called for in a match stage is beyond his or her abilities, it is that person’s responsibility to bring their concern to the match director before the course is shot. Appropriate steps may be taken at the discretion of the match director to lessen the requirements of the stage for that person with appropriate time added to their score, so as to negate the possibility of a DQ or other dangerous situation.

All targets will be standard IPSC cardboard. The scoring rings on the IPSC cardboard target will have the following values: A zone - 5 points, C zone -4 points, D zone – 3 points, Upper A/B zone – 8 points. These values apply to handgun and carbine hits only. Eight points are required on each target to be considered neutralized. One shotgun slug within any scoring zone will be considered neutralized (unless designated differently by the stage design.)

Additional paper and steel targets will be designated by the discipline chair. Stationary steel targets which ring when hit will require two hits to be considered neutralized unless designated differently in the stage design. All falling targets must be knocked down to count as neutralized, unless a particular target fails to fall with what is deemed by the range officer to be a fair hit. Steel targets must be shot from a minimum distance of 10 yards.

Errors that would require a match DQ would be firing a round out of the shooting bay, dropping a loaded firearm, unintentionally firing a weapon, or any other act that puts the competitor or others in danger. All shots will be aimed fire at an appropriate target.

Stage DQ’s can occur if: the 180 degree line is broken horizontally, a firearm is pointed above the shooting bay berms, a competitor proceeds in front of a downed weapon that is not properly cleared or in violation of the stage design, dropping of an unloaded firearm or any other unsafe gun handling that does not put the competitor or others at risk.

There are other scenarios which may occur that would require a stage or match DQ. These will be at the discretion of the discipline chair or match director.

Did 'W' shake hands with a Haitian Refugee & wipe his hand on Bill Clinton?

According to the video available in this article, it sure looks like it.

Or maybe they were just petting.

Please, put down the coffee before you view the video. You'll thank me for this advice. 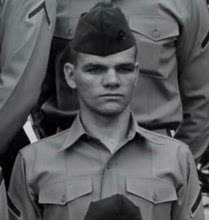 I received a (slightly changed in a few words) in an email today. It's an editorial on the Robert A. Hall blog from February of 2009. Briefly, Hall is a retired Marine (4 years, Vietnam, Khe Sanh) who served in the Massachusetts State Senate.

It's a commentary from the conservative viewpoint of current U.S. Liberal policies.

It took only 5 minutes to track down the original, so I'm including the link to his exact words for the sake of accuracy, and to give him credit (and the traffic).

Links to this article include The Infidel Blogger's Alliance (March, 2009), Mommy Life (February, 2010), and a short rehash in an extended article ("Political Digest February 23, 2010") by Hall himself.

While I don't exactly agree with everything Hall says, I certainly sympathize with his growing concern for the direction in which the current administration is taking this country.

Actually, not everything he has to say is specifically directed to the administration per se, but rather to the increasingly liberal trend of the people whom we have chosen as America's Leaders. My personal take on the article is that the trend is disturbing; Obama has only served to spark an increasingly sharp upturn from the path of Liberalism to the path of Socialism.

Yesterday's "Yae"vote in the House should, and likely will, be the final nail in the coffin for America's chance to see the two ruling parties work together on future policies. Even if the Senate somehow, miraculously, kill the bill (and I have no more expectation of that happening than I did that the House would kill it), there is now a deep wound in American political thought which won't heal for decades. If then; and at best it will leave an ugly scar on the body politic.

Two of the three branches of government -- the Executive and the Legislative -- have been bullied and bought to serve the ambitions of Obama and Pelossi. What you really want, and what I really want, don't mean as much as a bucket of warm spit.

That's what you get sometimes, with a Republic. And it's our fault for letting it happen. French Philosopher Alexis de Tocqueville, who marvelled at America's "great experiment" (democracy), said two things about us.
And Alexander Fraser Tyler said, speaking in 1770 of the Cycle of Democracy:

A democracy cannot exist as a permanent form of government. It can only exist until the voters discover that they can vote themselves largesse from the public treasury. From that moment on, the majority always votes for the candidates promising the most benefits the public treasury with the result that a democracy always collapses.

Are we now in that deadly downward spiral?

Jerry, just saw your blog about my visit and the Guncrafters 50 cal. Very nicely done. 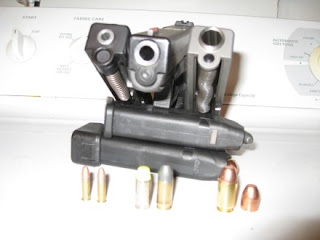 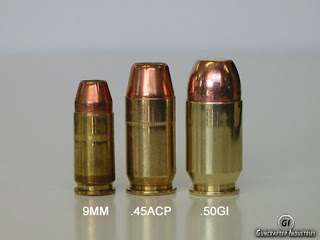 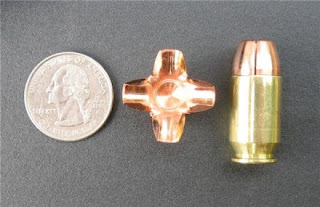