Well, that was easy.

Blogger has been warning its users for months that we would HAVE to drop our old template and convert to a new one, and I'm so dubious about new software versions that I've waited until almost literally the last moment.   If there are any bugs, I wanted someone else to be the Pioneer.

With no more time to lose, I pushed the button at 5pm Sunday ... just a few minutes ago ... and this is The New Blogger.

I deliberately chose a very simple design, one which should give me as much room as possible on the screen for text and photos.

Of course, all of my customization is gone.   I'm not sure how comments will be handled, or how past comments will display.  I'll be rooting around for a while checking out the differences between Old Blogger and New Blogger.   Eventually, I'll start loading this template with the custom features which I had installed on the old template, so I can look forward to something which looks more like home to me.

Right now, it's like moving into a new house.   I'm just wandering around, seeing how big the rooms are, wondering where I'm going to put the waterbed and the television.   Maybe I'll throw out some of the old furniture; I kind of like the new roominess available here.

You're invited to comment, if you're interested.   If nothing else, it will allow me to test the commenting feature.

Some really good things about this software version; it allows me to change colors "on the fly", for example.  I REALLY didn't like the clumsy looks of the old design.  It was too dark, and gloomy.  Other things I'll not know about until I start working with it.   It's actually kind of nice to have a new project ... a new toy, if you will.

The worries I've had were the difficulty of converting, and finding places to put my own features.   The conversion was literally a push of a button.   And the design appears sufficient for at least the sidebar thingies.  What about the footer?  I use to pack a lot of stuff in there, but several months ago my old template quit working the way it originally did, and those things were crammed into the sidebar ... where they did NOT fit!  (Knowing that I was going to convert to New Blogger soon, I decided to ignore it; as nearly as I can tell, it bothered only me.)

I may be putting up some goofy looking posts for a while.   No, don't look at me with that "so what's new about that?" expression.   What I mean is, I'll be experimenting with different ways of doing things.

For now, it's just a sunnier view. 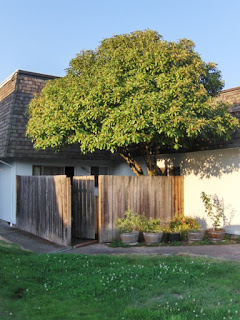