CHICAGO - The Chicago Police Department will no longer dispatch officers for minor crimes, such as burglaries and car thefts, if the offender is no longer at the scene and there is no immediate danger. Instead, a report will be taken by phone. The department says it hopes the change will free up about 44 officers each day to respond to more serious crimes.


Such a short story.   A tiny, tiny, inconsequential story which in its brevity answers a few questions ... and also demonstrates just how well that Toddling Town is fairing under the leadership of Rahm Emanuel.

We talked here, a few days ago, about the death by walk-by shooting of a young girl in Chicago.   I posited there what some people consider root causes of violence; among them are corruption and a lack of civil liberties.

What I did NOT mention was the unwillingness or inability of municipal government to actively enforce the law.   Failure to aggressively investigate  "minor crimes" should have been mentioned.

After Rudi Giuliani was elected mayor of New York City in 1993,  he hired William Bratton as his new Commissioner of Police.   Bratton had just finished a 3-year stint as head of NYC Transit Police.  Braxton severely reduced "transit crime" by establishing a "Zero Tolerance" policy on such "petty" crimes as grafitti, fare-hopping, etc.  Giuliani asked Bratton to use the same techniques to reduce crime city-wide.

Bratton received criticism for his work for going after these "petty" crimes. The general statement towards this was "Why care about panhandlers, hookers, or graffiti artists when there are more serious crimes to be dealt with in the city?" The main notion of the broken window theory is that small crimes can make way for larger crimes. If the "petty" criminals are often overlooked and given space to do what they want, then their level of criminality might escalate from petty crimes to more serious offences [sic]. Bratton's work is to attack while the offenders are still green, as it would prevent an escalation of criminal acts in the future. According to the 2001 study of crime trends in New York by George Kelling and William Sousa, rates of both petty and serious crime fell suddenly and significantly, and continued to drop for the following ten years.

(Note that "Zero Tolerance", as used here, is not in the same sense as a ten year old boy in Virginia being arrested for bringing a toy gun to school; instead, it refers to a policy of not ignoring "petty crimes", such as public urination.)

As cited in the Wikipedia article, the aggressive enforcement of the law of the city not only reduced petty crimes, but serious crimes as well.

Chicago has serious problem with "serious crimes" ... such as murder!  And people think that the way to deal with gun violence is to reduce the number of guns available.  So far, that hasn't worked well in the exceptionally violent society which is found in major cities.

This new Chicago policy of essentially ignoring "minor crimes" not only ignores the under-lying causes of escalating criminality, but it also fails to consider that the causative link between petty crime and minor crime might be approximated by the link between minor crime and major crime.

The Chicago Police Department has thus announced a policy (presumably allowed, if not embraced by Mayor Emanuel) which essentially minimizes the chance of apprehension and prosecution of "minor criminals" ... and thus increases the chance that a burglary may more frequently be escalated to a home invasion, or burglary of an occupied residence.

Even "Dumb Hicks From The Sticks" can see that the political leadership of Chicago have just assumed the "Dying Cockroach" position. 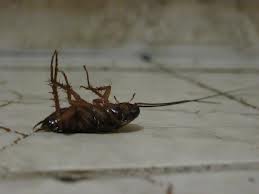 Chicago might as well roll over and play dead, because it's not a matter of "IF", but a matter of "WHEN"  they will completely lose control of the lawless elements.  Well, their mayor has already admitted it, if only tacitly.

As Dirty Harry would have said:  "You got to ask yourself, Do I Feel Lucky?"

Probably not.  But  Chicago (and a lot of other municipalities and states and politicians and celebrities) say they want to address the problem of "Gun Violence", yet focus on eliminating the "Gun  ... " part of the equation ... at the expense of our Civil Liberties.   Perhaps they should look at the " ... Violence" part of the equation.   Let's talk about the expense of  THAT approach.

Please understand that we do not reduce violence by reducing our civil liberties.

So why do politicians focus on anti-gun laws instead anti-violence laws?  And be sure, when you are robbed or when your HOME is robbed, that is violence as sure (if not as immediate, or as physically painful) as Rape and Muggings and Murder.  Perhaps the reason that politicians address guns rather than violence is that, in order to reduce lawlessness and especially violent lawlessness, one must provide effective and aggressive police services.    But that costs money!  If they actually enforce existing laws, they will need to pay for more police, and train them to be more efficient.  It's not just the cost of enforcement at the street level, but also prosecution and punishment.

However, if they focus their attention on keeping honest people from owning guns    eliminating the Right To Keep And Bear Arms  common-sense measures and reasonable gun-control laws ... they might get a few more home-owners killed but they won't have to raise the funds.  Politicians aren't usually re-elected (with the possible exception of Rudy Giuliani) because they reduce crime; they're reduced because they (a) look good on camera, (b) talk tough, and (c) don't spend money.   [Okay, Obama has proved that if you have (a) and (b), you can get away with (c).   But that's different; he's a Liberal Democrat.]

Even if talking tough about Gun Control doesn't actually accomplish anything, it costs nothing.

And that's all you're going to get from the Chicago Police Department, Rahm Emanuel, and Barack Obama.

So .. if you live in Chicago, and someone robs your home or steals your car, just call ... no, don't call anybody.  They aren't answering any more.  Instead, go to the Chicago PD "Online Crime Reporting" webpage and fill out the form.

No hurry.   In Chicago, when seconds count, the police are only 3-5 days response time away.   No, you can't have a gun.  But you still have to fill out the form.

I'm so glad I live in the sticks.


"City of Los Angeles pension funds should not go to profit companies that produce weapons designed to maximize carnage and death," Mayor Antonia Villaraigosa vowed.
Chicago Mayor Rahm Emanuel, a former Obama White House chief of staff, has made the same commitment and gone a step further. Emanuel has authored letters to Bank of America and TD Bank because they maintain multimillion-dollar lines of credit for major gun manufacturers. In the letters, Emanuel urges the banks to use their influence to "push" the manufacturers to go along with the president's tough new gun controls.


Feeling bullied by Rahm Emanuel? Bring your business down to Texas.

That's the message Sen. Ted Cruz, R-Texas, is sending big banks and firearms companies, after the Chicago mayor urged those banks to stop lending to the gun manufacturers. http://www.foxnews.com/politics/2013/01/29/texas-lawmaker-tells-big-banks-gun-manufactures-to-leave-chicago/?intcmp=obinsite

The freshman senator sent a letter Tuesday to the CEOs of Bank of America and TD Bank Group offering up the Lone Star State as a place where they could do business without hassle from the government. He said he understands that, since they do "considerable business" with Chicago, they might be worried about the "risks" of not complying with Emanuel's request.

Texas will take your business and your money, but don't bring your liberal culture, lifestyle and unions along with you. We have enough of our own liberals causing problems, we don't need any more.
Antipoda