SWMBO and The Geek

This is the REAL picture of The Geek, which (if only to make it more palatable) includes SHE - Who Must Be Obeyed 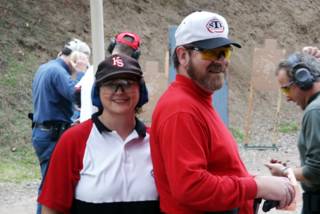 Jerry The Geek and SWMBO

It's a long story, and I won't bother you with the geek-length version.

SWMBO stands for "SHE - Who Must Be Obeyed"

This was the title of the high-priestess in H. Ryder Haggard's novel "SHE". You may know the author from his more popular Allan Quartermain books. In fact, "SHE" has even been made into a movie, starring Ursala Andress, Peter Cushing and Christopher Lee. Well, it isn't a very GOOD movie, but it does feature the incredible Andress as Ayesha, and that's worth the effort to look it up.

Later .... much later ... it was the apopellationj by which John Mortimer's Horace Rumple ("Rumpole of the Bailey", played by Leo McKern, that admirable Cardinal, Bishop, Monk, Monsignor, Moriarity and British Barrister) referred to his wife, Hilda.

But I never intended to compare My Sweetheart (long may she remain incognito) and Hilda.
More like Ayesha.

SWMBO is a charmer. I would never compare her to a harridan ... no matter how well-intentioned .. like Hilda

This is the photo planned for the Profile ... when I figure out how to add it. 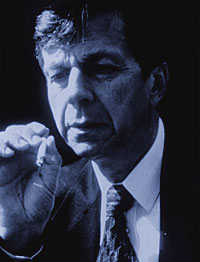 This is Jerry The Geek's blogspot.

It's amateurish, and it's clumsy.

I'm new to blogging, and probably won't have any readable content until I become accustomed to the milieu and/or the process. For now, I'm just trying to learn how to use the software, and throwing verbiage on the screen to see how it looks.

Like most blogs, this is an exercise in vanity. I won't decide whether or not to publish the URL (whatever it is) until I have content worth sharing. In the meantime ....

... this is primarily an alternative venue to the posts I regularly post on The Unofficial IPSC List. IPSC stands for International Practical Shooting Confederation. This is the first confusing thing I will say here; because I am an American citizen, I am a member of IPSC through my membership in USPSA (United States Practical Shooting Association), and my comments on the subject of Practical Shooting competition will probably reflect the differences in priorities between IPSC and USPSA.

It's an in-thing, you gotta be there. Don't worry about it for now. Essentially, I will be talking about guns and shooting and other Politically Incorrect issues. If this bothers you, you don't want to be here.

I may, from time to time, post comments of a political nature. These comments may or may not be related to competitive shooting, RKBA (Right to Keep and Bear Arms), Local, National or International politics.

Also, I expect to include an element of humor. You may not get the point of the humor, but this only suggests that you are 'normal'.

It's mine, and I am the moderator.