I've tried to say this so many times, and I've never had the guts ... or had the exact/specific example to say what I wanted to say. Perhaps today, given this example, I can say it.

I BELIEVE .... all cultures produce their fair share of idiots; most often, among their young.
I BELIEVE .... each generation is driven to discount the values of their fathers, at least when appreciation for the contribution of a foreign culture is concerned. And probably in all other circumstances, especially if the new generation has been "brainwashed" by the radicals of the previous generation.
I BELIEVE .... that this sort of disrespect for their history is not limited to the Muslim population ... but it is here presented precisely that way.
I BELIEVE .... that the presentation of Muslim or Islamic ill-behavior is often presented precisely to denigrate their culture (ignoring that "Young Boys Behaving Badly" is not limited to any specific culture). Note that English "YOBS" have been found to desecrate World War memorials, as well.
SEE BELOW!
I BELIEVE .... that this specific culture is currently more susceptible to bad influences from their elders than are other cultures. Specifically, many Islaamics consider themselves personally "At War" against the West because of the recent incursions against the East from the West, for political reasons which are not generally accepted by these Eastern influential persons.
Or are they?
I BELIEVE .... that any religion may be confused with cultural influences; because of the specific belief system which is Islam, there is a history (including, admittedly, "The Crusades") which encourages the dichotomy between the 15th Century "history" and the 20th century.
On the other hand ... is the influence religious or cultural?
I BELIEVE .... that the recent migration between Islamic lands and European lands has encouraged Islamics to rebel against their perceived anti-bias. That is, the migratory Islamics feel persecuted because they THINK they are persecuted against.
However, they may be right.
I BELIEVE .... that this persecution is not without basis; however, the dichotomy of "I am a foreigner, thus I am treated as an alien" among immigrants is not primarily generated by the host country (s) as much as by the immigrant's unfulfilled expectations.
However, they may be right.
I BELIEVE .... that this fulfillment has less to do with what the immigrants had been led to be believed, than with what they chose to believe .. often with little or no encouragement from their host country.
I BELIEVE .... that when young men find their dreams unfulfilled, they tend to react against those peoples who they expected to provide the fulfillment; their own actions seem, to them, to be entirely reasonable.
However, they may be right.
I BELIEVE .... that Socialism is one of the factors in the disillusionment of immigration. New "citizens" reasonably expect that they will receive "Cradle to the Grave" support from their new host countries. When that level of support is not ("automatically") provided to them, they react negatively; and their friends and relatives from their country of origin mirror that disappointment, even if/when they are not directly affected.
I BELIEVE .... that the guy in the video who climbs a ladder and begins to hammer against the Christian cross with the obvious expectation that he can thus dislodge it... is a prototypical exemplar of people who have unrealistic expectations. In a word; he is an idiot.
I BELIEVE .... that the guys in the video who begin whacking vigorously at the base of the cross-pillar reflect at the guy pounding at the cross itself; they probably don't REALLY expect to take down the Christian symbol, they only wish to register their own personal protest. The RESULTS are unimportant; the EFFORT only serves to display their displeasure. (Note that the video ultimately does not extend to display any meaningful results, but tipping over gravestones is so instantly gratifying!)
I BELIEVE .... that this video is an ultimately embarrassing null-effort by the perpetrators. They are only expressing their frustration, and probably not dissing the brave men who gave their lives for their benefits. It's sad that they have no more productive manner of expression, just as it is sad that that they are so willing to denigrate the efforts of perfect strangers who died for their freedom to desecrate their graves.
I BELIEVE .... these kids are a bunch of Useful Idiots who someone will take advantage of, in order to make a political point.
I BELIEVE .... that I have just done that.


I wonder if they will be proud, or embarassed, that a Westerner will use their vandalism to show how shallow is their character?

will we remember the November 05, 2005 incident when Muslim graves were desecrated in a British graveyard?

Hundreds of police officers were drafted on to the streets of Birmingham last night after dozens of Muslim grave headstones were damaged at a city cemetery, triggering concerns about fresh race riots.

The desecration was discovered yesterday morning by relatives visiting the Muslim part of Handsworth Cemetery in Birmingham.

Leaflets were also scattered among the grave stones with insults against Muslims which were attributed to a unknown group calling themselves Black Nation. Up to 45 headstones were smashed or pushed over.

We're real big about decrying the desecration of British graves by Muslim youths .... but why don't we notice the similarly despicable action against Muslim graves by British youths?

(Note that this reference was at least 100 levels down in a Google Search! Sure, it took place 7 years ago .... but why did it take such research in depth to find it? Could it be because we are so quick to condemn others for the things that we do ourselves?) 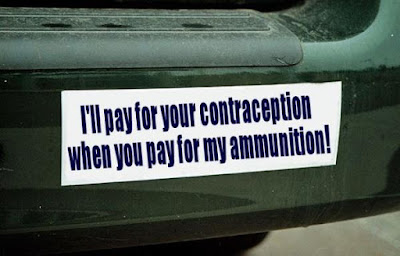