Kerry: Media Would 'Do Us All a Service' If They Didn't Cover Terrorism as Much | Fox News Insider:


During his first official visit to Bangladesh, Secretary of State John Kerry held a press conference and addressed the threat of terrorism. Kerry offered a novel way to combat terrorism, suggesting that the media would “do us all a service” if they didn’t cover it “quite as much. 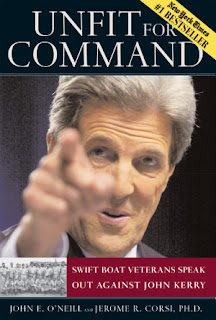 Kerry, who proposed himself and was awarded a Purple Heart for 'a hangnail',  (actually a scratch, when he fired an M79 Grenade Launcher at a non-target which was too close, and suffered a slight wound from his own round)  has chosen to exercise the duties of his office as Secretary of State by placing the blame for the world's Terrorism Woes on the media ... he sees the problem not as an indication of too much violence by terrorists, but too much coverage by the press.

In the meantime, Kerry has nothing to offer as a resolution to the world-wide problem of terrorism.


“No country is immune from terrorism," Kerry said at a press availability in Dhaka, Bangladesh, on Monday. "It’s easy to terrorize. Government and law enforcement have to be correct 24 hours a day, 7 days a week, 365 days a year. But if you decide one day you’re going to be a terrorist and you’re willing to kill yourself, you can go out and kill some people. You can make some noise. Perhaps the media would do us all a service if they didn’t cover it quite as much. People wouldn’t know what’s going on.”

Since Kerry seems to think that his job is too hard, perhaps President Obama might consider finding some one who is 'fit to command'.   Certainly, some idiot who thinks the 'solution' is for the public to not "know what's going on" doesn't strike most readers as someone who has proposed a real solution for a problem which he doesn't even understand.

Former U.S. Ambassador to the United Nations John Bolton reacted on America's Newsroom, slamming Kerry's comments: “If you really think that less publicity would help reduce the terrorist threat, then really after you should apply for a job after you are secretary of state to be editor-in-chief of “The Onion”,” Bolton said, referring to the satirical newspaper.

There is an unsubstantiated rumor going around that Kerry applied for a job with "The Onion", but his application was rejected as being insufficiently credible.

Teresa says: You aren't too bright, I like that in a man. Apologies to Kathleen Turner.

Keep your hands off me, you damn dirty apes! Apologies to Charlton Heston