Dangerous Book for Boys (and Girls!)

As I had promised myself I would do, I bought the Dangerous Book for Boys for my grandchildren: one for my Daughter's children, and one for my Son's children. 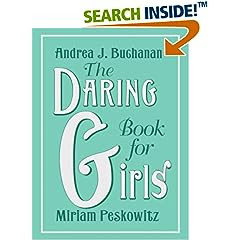 (Soon, I'll buy them the "Daring Book for Girls")

My daughter and her husband came to Oregon for Thanksgiving, and I got to spend two days with them. I had met my three-and-a-half year-old Granddaughter, Samantha, for the first time two years ago.


This year I met my Grandson, Jack. He is 13 months old. Both are bright, cheerful (smiling!), personable, very blond and not shy at all.

Jack - shown here with his cousin Derien, who are New Best Friends, was a little to young to appreciate books (unless he is allowed to chew on them).

But Samantha sat on my lap as I paged through the book. We looked at the pictures and she was only vaguely interested in the Seven Wonders of the World, Building a Tree-house. She liked the Dinosaurs.

Then we got to "Archery" which was illustrated by a line-drawing of an archer ... holding (as seems appropriate) a bow and arrow.

Sure enough, she identified the archer as a 'bad guy.' She was convinced he was going to hurt someone. As far as I know, she has never seen an actual bow, or arrow. But the archer was a 'Bad Guy'.

Then we turned to "Famous Battles - Part 1".

"Look, here's Thermopylae, and Cannae, and Julius Caesar's Invasions of Britain", and ..."

"Ohhhh ... Bad Guy!" she exclaimed, pointing at a picture of the Bust of Julius Caesar.

"He's tall, and he's mean, and he hurts people. Like this man" she said, pointing at the emblem on my shirt.

I was wearing a long-sleeved shirt I got at the 2003 USPSA Nationals, which featured a silhouette of an Open Division competitor.

"What makes you think he hurts people?"

"He points this thing at people [sound effects which remind me of the day I lost First Gear in the Porsche ... ] and he hurts them."

Look, here's the Battle of Hastings in 1066. Isn't that interesting?"


Obviously I have a lot to learn about communicating with three year-old children.

I have the same problem explaining the same thing to Liberals. There may be a lesson here.

I hope to spend more time with my Granddaughter, even though she lives 1,000 miles away. Not only is she a charmer, but I think I can improve my communication skills.