BLOGMEAT is my own "special" contribution to the Blogger Community.   Ostensibly, it is an attempt to present a selection of (often unrelated) articles in the general media resources and link them to my own private cultural biases.  BLOGMEAT articles may have no unifying theme other than to provide me with an opportunity to rant.   You may not agree with my interpretation of the issues.

For this issue, all articles are taken from current or issues of the local newspaper, the Gazette-Times.


Please, can someone tell me why it would be bad to have more stringent laws on gun registration? That is part of being responsible, isn’t it, to be held accountable if something happens?
And why is everyone freaking out about a ban on assault rifles and acting as though “they” are trying to take all your guns away? Who needs an assault rifle or a 30-shot magazine, except to do a lot of harm?
So-called responsible gun owners should have no problem with laws meant to curb illegal guns and mass killings, and all this hue and cry about rights being taken away is ridiculous, overblown and politically motivated. Stir the gun owners into a frenzy of paranoia, and reason goes out the window ... again.

My hand is up, and I'm silently screaming: "Me, Me, Me!  Call on me please, Teacher.  I know the answer to that question."

The answer is: we already have laws against ALL of the things that murderers do, and none of these laws have done a single thing to stop them.  In countries where private ownership of firearms is outlawed, the outlaws still have guns.

New laws would only prevent honest people from access to the tools of their own defense.   The phrase "laws meant to curb illegal guns and mass killings" is meaningless; we already have those laws.  How are those laws working for us?

"Who needs an assault rifle, or a 30-shot magazine"?

Tell me ... who needs a driver's license?   Why can't you ride a bike or use public transportation?

A driver's license gives you permission to drive.   It can be revoked.
An assault rifle and a 30-shot magazine don't need permission; it's a right embedded in the Constitution.

Who needs a newspaper?  I don't ... I haven't bought a newspaper for years. But the right to publish a newspaper is guaranteed under the Constitution, too.   Just because I don't need it, that doesn't mean I don't support your right publish.

Likewise, the rights to freedom of religion, public assembly ... I haven't been inside a church for years (lots of people have been killed because their religion wasn't popular), but I still support it.  And public assembly?  Do you remember your history?   The Boston Massacre in 1770 led to the American Revolution.  The British Soldiers were successfully defended by John Adams, because they Americans had no right to public assembly.

Letters to the Editor: Why no demand to enforce laws on illegal immigration, drugs?


With all the hue and cry over a number of sheriffs declining to enforce possible gun control laws, one does wonder where the outrage is over the lack of enforcement of federal immigration laws and drug laws.
After all, you are now proclaiming if it is a law, it must be enforced. Seems to be rather hypocritical.

Okay, you've got me there.  I'm looking at the mission statement website for the U.S. Department of Homeland Security.  It it says right here that: ...

.... but apparently,  that mandate can be abrogated by the Office of the President of the United States.


We the People of the United States, in Order to form a more perfect Union, establish Justice, insure domestic Tranquility, provide for the common defence, promote the general Welfare, and secure the Blessings of Liberty to ourselves and our Posterity, do ordain and establish this Constitution for the United States of America.

I see nothing about "... secure our borders ..." there.  I can only assume that this means that the President is not constitutionally required to do so.

Well ... except perhaps Article 4, Section 4 of the Constitution, which states:


The United States shall guarantee to every State in this Union a Republican Form of Government, and shall protect each of them against Invasion; and on Application of the Legislature, or of the Executive (when the Legislature cannot be convened) against domestic Violence.

I guess it depends on what your definition of "Invasion" is.  Bill Clinton liked this kind free-style interpretation of legal points.

It's not as if the Federal Government isn't talking about the issue: It's just that it has been so severely  "Politicized" that our fearless legislators are more focused on elections than they are on the issues:

The immigration debate is threatening to split the Republican Party, pitting those who focus mainly on presidential elections against those who care mostly about congressional races.
Strategists say that if Republicans are to win presidential elections, which they've been losing lately, partly because of dismal support from Hispanic voters, they must soften their rhetoric about illegal immigrants and embrace some version of "immigration reform."
But granting illegal residents a path to citizenship, which critics call "amnesty," is deeply unpopular in many House Republicans' districts.
President Barack Obama wants such a pathway. So do some prominent GOP lawmakers who are seeking a way out of their party's jam.
The plans differ on when and how citizenship might occur, with border security a central issue. Resolving these differences may determine whether a major law is enacted in the coming months.
Some GOP strategists fear they will lose either way.


A gun control group founded by New York City Mayor Michael Bloomberg is airing an advertisement during the Super Bowl calling for background checks.
The 30-second spot by Mayors Against Illegal Guns will air in the Washington area during the third quarter of the game between the Baltimore Ravens and San Francisco 49ers.
The ad calls on lawmakers to pass rules requiring background checks on guns. It is narrated by children, with "America the Beautiful" playing in the background

This item intrigues me.

Federal law already mandates background checks on potential firearms purchases through a dealer, so that can't possible be the issue ... can it?  Even Bloomberg wouldn't make a major fuss about an issue which has already been settled.   Would he?
Well, okay, the man's a nutcase on this issue, so perhaps he can.

My guess, though, is that he is talking about private sales of personally owned firearms by non-dealers.

If so, this may be a serious problem.

In order to be completely effective, the law would restrict ALL firearms transfers between private individuals.  That means, it would prohibit a man from giving his family .30-30 Winchester deer rifle to his grandson, for example.  In other words, it would intrude upon all forms of goods transfer regardless of the context.

No other form of "transfer of goods" is currently as highly regulated as firearms.  This measure would trample on familial traditions,  and bring us one giant step closer to a "Big Brother" state. 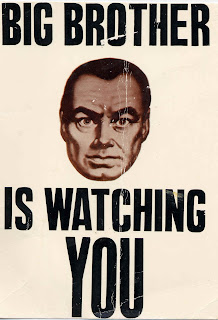 As demonstrated in earlier comments here, the right to privacy is one of those issues which often tempt people to ask: "Well, if you have nothing to hide, why do object to 'full disclosure'?"  Speaking only for myself, I don't want a CCTV camera in my bathroom.   Perhaps your own valuation of privacy is less extreme than mine.

Corvallis’ bag policy has been in effect for a month, but controversy over the issue still is simmering.
It still has opponents in town (a group is gathering signatures to put the matter on the ballot) and the Gazette-Times continues to receive letters and reader comments.
And as smaller retailers get ready to conform to the ordinance, one local business owner says the policy, which bans single-use plastic bags and mandates that merchants charge 5 cents for each paper bag given to customers at checkout, already has cost her about $5,000.

Yes, the tiny little community (in the person of our city commissioners, I guess) has decided that it is "Politically Incorrect" for merchants to give away free 1-mil bags to contain our shopping purchases.  As a consequence, we either have to bring our own bags, pay five cents for each PAPER bag, or take our purchases home in individual bite-size handfuls.

The bags which are available for purchase are "multi-use", and cost eighty-nine cents each.  And if we forget to bring them to the store, we have to buy more.

Personally, I liked the little thin plastic bags my store use to provide me for free.  I used them to line my waste-basket, and to wrap smelly items (such as smoked salmon containers ... made of MUCH heavier plastic)

If I had more bags than I could use?  No problem; the store provided a receptical at each entrance where excess bags could be deposited for recycling.  . I didn't often use it; I found a use for every bag, eventually.

Now, I buy much thicker (bulkier) plastic bags at a higher cost to line my waste-baskets.  I empty them as frequently, and truthfully I make no more effort to 'recycle' these expensive bags than I did the free bags I previously employed.

It's a petty issue, and I'm dealing with it.  I am not, I admit, dealing with it with a fair amount of grace.  The first time I went to the store and grumbled to the clerk "... this new bag law is causing all of us a lot more trouble than it's worth!", the clerk replied:

I swore to myself when I began this article "I am NOT going to use the term 'Nanny-Statism' tonight!"

But I couldn't resist.

Ah.  That's all the blogmeat for today.  You may have found all of this unimaginally boring, but I feel MUCH better now.  Sometimes, all that is needed to turn a stressful day into a mellow moment in my life is the option to rant until I get it all out.

If you've read this far, perhaps you may be a Redneck.

You have such a pungent way with words and ideas.
Antipoda