This Site No Longer Active 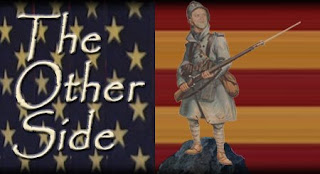 I understand the reason for this is that he has other plans for all those daily hours he has been spending on the blog since ... well, for at least the five (or more) years that I have been a faithful reader.

I'm sorry to see him go. I'll miss Kim's outspoken, often profane commentary on life, love, style and shooting. Kim has been on my increasingly shortened "Blogs I Read Every Day" list since I started writing online because of his consistently high quality and quantity of writing.

Some of the time I didn't agree with him. Occasionally I considered his reactions to the daily news a bit over-the-top. But I read him anyway, every day.

A couple of times I even wrote articles in direct opposition to his stance, most notably the day in 2005 that he and Masaad Ayoob agreed that "... you don’t have a God-given right to carry a loaded gun in shopping malls where there are kids walking around.".

Then earlier in 2008 '... The Estimable Kim acknowledges that "A Pennsylvania soccer mom who packs a pistol is getting her concealed weapon permit back ...", and went on to say that she must be "... [a] f**king idiot"'.

In the course of history, maniacal gunmen determined on suicide-by-cop started shooting up shopping malls, and it wasn't until an off-duty cop held one such idiot at bay until the SWAT team showed up at the Utah shopping mall on February 13, 2007, that the Conventional Wisdom began to wonder whether it really WAS a good idea for Malls to have "No Weapons Allowed" signs posted at every entrance.

This was very much emphasized in the Von Maur Mall shooting in Omaha, just under a year ago today. (December 5, 2008.)

And the Pennsylvania soccer mom? She has filed suit (for over $1,000,000) in Federal court against Lebanon County Sheriff Michael DeLeo, (who maintained she showed poor judgment wearing her gun to her daughter's soccer game), his office, and Lebanon County, Pennsylvania. She claims "... the sheriff's action violated her First, Second, Fourth, Fifth and 14th Amendment rights. "

Since she was stopped for Open Carry, and the Sheriff responded by jerking her Concealed Carry License (Open Carry is legal in Pennsylvania), there's a good chance she'll win the suit.

This does not, of course, contradict Kim's assertion that she must be "... [a] f**king idiot"'. To the extent that she could have carried concealed and thus avoided upsetting her fellow (?) soccer moms, her motivation is far from transparent.

Which only illustrates that even when I disagreed with Kim in the details, even when he was 'mistaken' (in my opinion), he was usually also 'right', at least in part.

Remember, Kim posted over two thousand PAGES of posts (several posts per page) and counted more than fifteen million visitors. And this was in just the past three or four years since he changed from his "A Nation of Riflemen" format to the "Other Side of Kim" ... because he lost an employment opportunity due to the strong opinions he had stated on the earlier blog.

The Blog world will not soon see a more controversial, outspoken, endearing and overwhelmingly popular gun-blogger. I salute the man who live up to every boast and assertion, worried himself sick and dumped himself and his family in the poor-house (so to speak) in defense of his right to hold strong opinions and to publically state them.

Kim du Toit, we who have been your faithful readers salute you.